JTA — Most Orthodox interpretations of Jewish law conclude that Jews are forbidden to enter churches, even if no prayer will be taking place.

So why was British Chief Rabbi Ephraim Mirvis present on Friday at St. Paul’s Cathedral in London, where he attended a prayer service in honor of Queen Elizabeth II’s 70-year anniversary on the throne?

The answer dates back to a ruling from the 1970s by the London Beth Din, the Orthodox rabbinical court, which allows rabbis to attend Christian religious ceremonies only if the rabbi’s presence is requested by the monarch.

And Mirvis’s presence was indeed requested at St. Paul’s, where he joined a select group of dignitaries and clergy for The Queen’s Platinum Jubilee 2022 — a four-day bash to celebrate the legacy of the longest-serving monarch in British history.

Mirvis was among 2,000 elites attending the Service of Thanksgiving Friday at St. Paul’s, a massive 17th-century English Baroque-style structure that is the top church of the Diocese of London.

All eyes were naturally on Prince Harry and his wife Meghan Markle, whose attendance was the first time in over two years since they moved to California amid a rift in the family over allegations by Markle, whose mother is Black, that she was subjected to racist treatment by top members of the royal family. 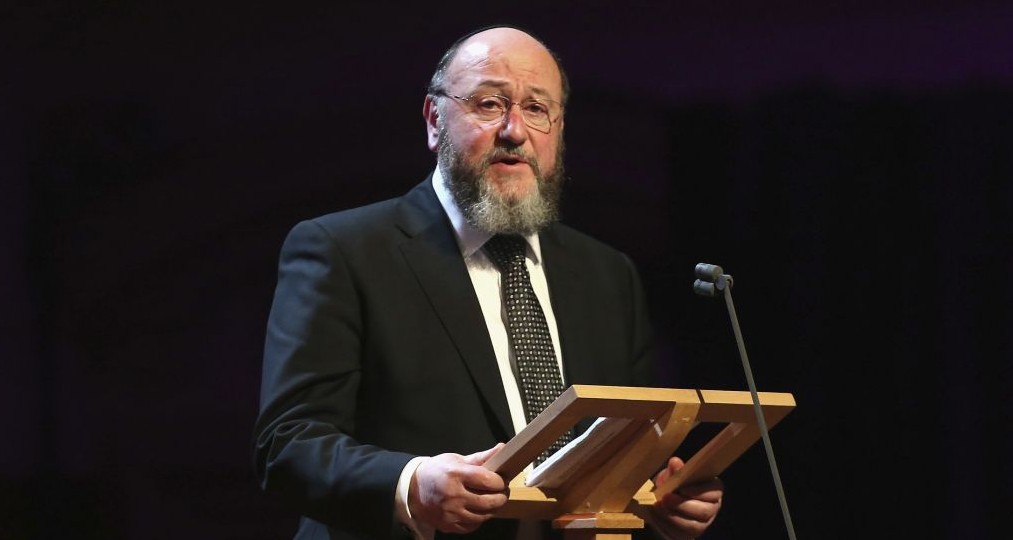 Queen Elizabeth, 96, was absent from the ceremony. In a statement by Buckingham Palace, the Royal House said that she is sitting the service out with “great reluctance” after considering the “journey and activity required.” She did take part in a beacon-lighting ceremony on Thursday evening.

Whether Jews may enter churches has been the subject of debate for centuries. Many rabbis who have considered the issue have concluded that churches are the site of “avodah zara,” or idol worship, which is strictly prohibited under Jewish law. But others, including in the Conservative movement in the United States, have taken cues from a 13th-century rabbi who decided that Christians were not idol worshipers and decided that entering churches can be permissible — opening the door to interfaith relations.

In the United States, some controversy arose over Rabbi Haskel Lookstein’s participation at the inaugural church services for former US president Barack Obama, where the Orthodox rabbi recited a non-denominational prayer. He faced criticism from one Orthodox group, but rebuffed it by citing British rabbis’ attendance at events in Westminster Abbey.

In the United Kingdom, the issue of what to do about royal events was resolved in the 1970s, according to Herschel Gluck, a Haredi rabbi in London.

“It’s pretty much consensus at this point” that rabbis should not enter churches, he said. But, he told the Jewish Telegraphic Agency, “the only exception is when the monarch requests it.” 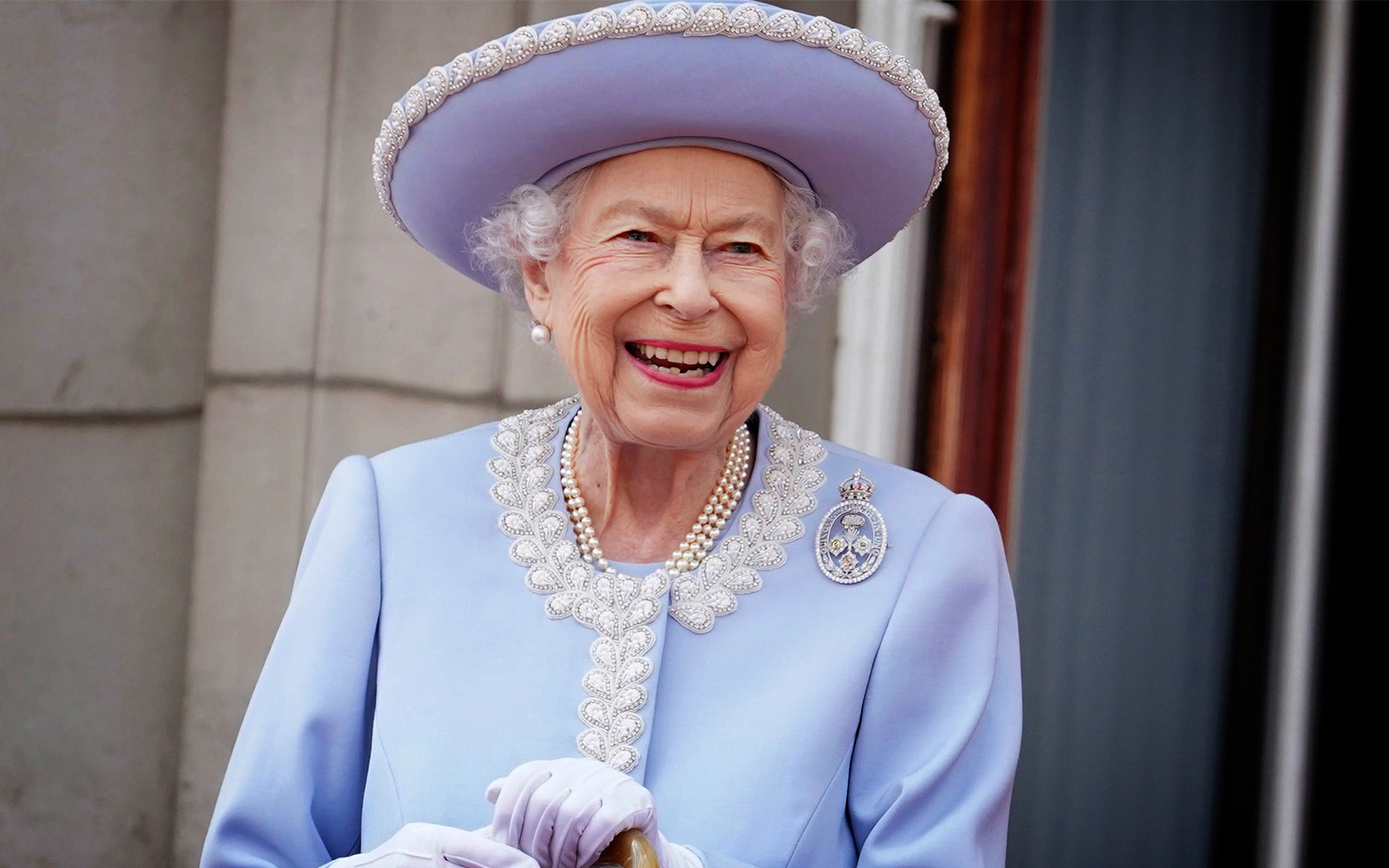 Queen Elizabeth II from the balcony of Buckingham Palace after the Trooping the Color ceremony in London, June 2, 2022, on the first of four days of celebrations to mark the Platinum Jubilee. (Jonathan Brady/Pool Photo via AP)

Previous chief rabbis may have been even more lenient on this point.

The late Rabbi Immanuel Jakobovits, who had held Mirvis’s position for 25 years until 1991, explained his approach in a 1995 book.

“After consultation with the [London] Beth Din, my own practice is occasionally to attend Church services on royal and state occasions to represent the Jewish community,” he wrote. “But I never actively participate, nor do I wear cap and gown. I find that my Christian hosts usually show understanding and respect for this attitude and its reservations.”

He did not mention a royal invitation as a prerequisite to attending such events.

Part of the reason for the consensus around the concession may be connected to the presence of the royal family in Jewish worship in the United Kingdom. 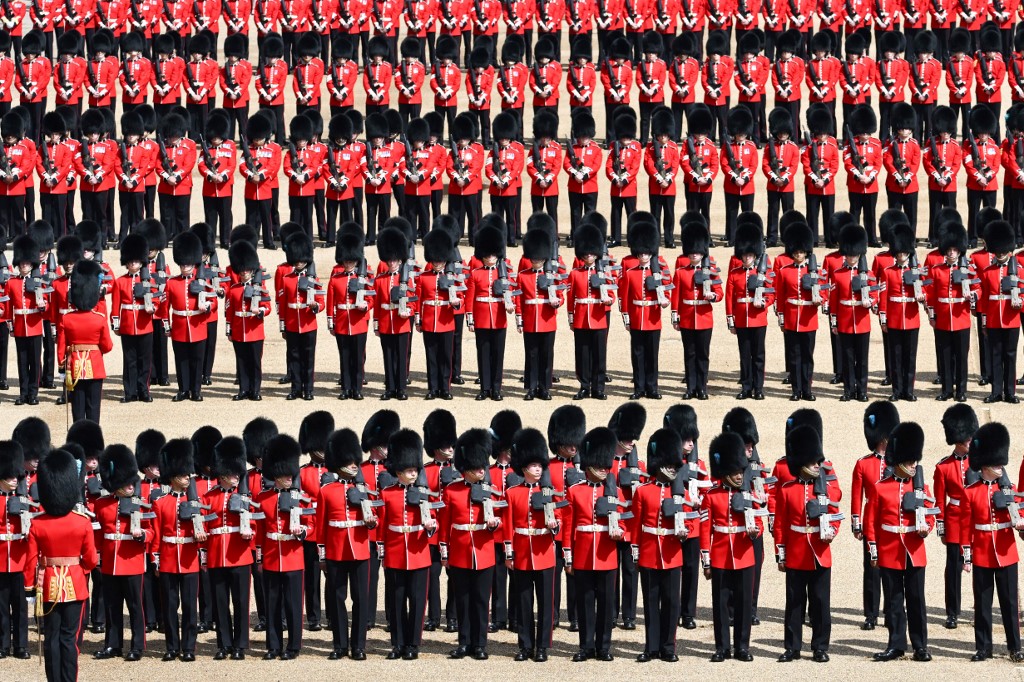 The current wording of the prayer, from 1962, 10 years after Queen Elizabeth rose to the throne, begins with: “Our Sovereign Lady, Queen Elizabeth (II), Elizabeth the Queen Mother, Philip Duke of Edinburgh, Charles Prince of Wales and all the Royal Family. May the supreme King of kings in his mercy preserve the Queen in life, guard her and deliver her from all trouble and sorrow.”

Mirvis, the chief rabbi, authored a special prayer for the Jubilee, in which he wrote: “Seventy years have passed since Her Majesty the Queen ascended the throne. Together with all our fellow citizens, we fervently pray that she be granted many more years of blessing so that she may continue to bring honour and glory to the Crown and to all her people.”

The Jews’ relationship with the British royalty hasn’t always been this harmonious. In 1290, Edward I signed an edict of expulsion for all of the kingdom’s Jews. They did not return until the 17th century, though the politics behind the de-facto lifting of the expulsion are disputed.

Fast forward a few centuries, though, some of Britain’s best-known Jewish persons were prominently present at the Jubilee event for the cameras and behind the scenes. 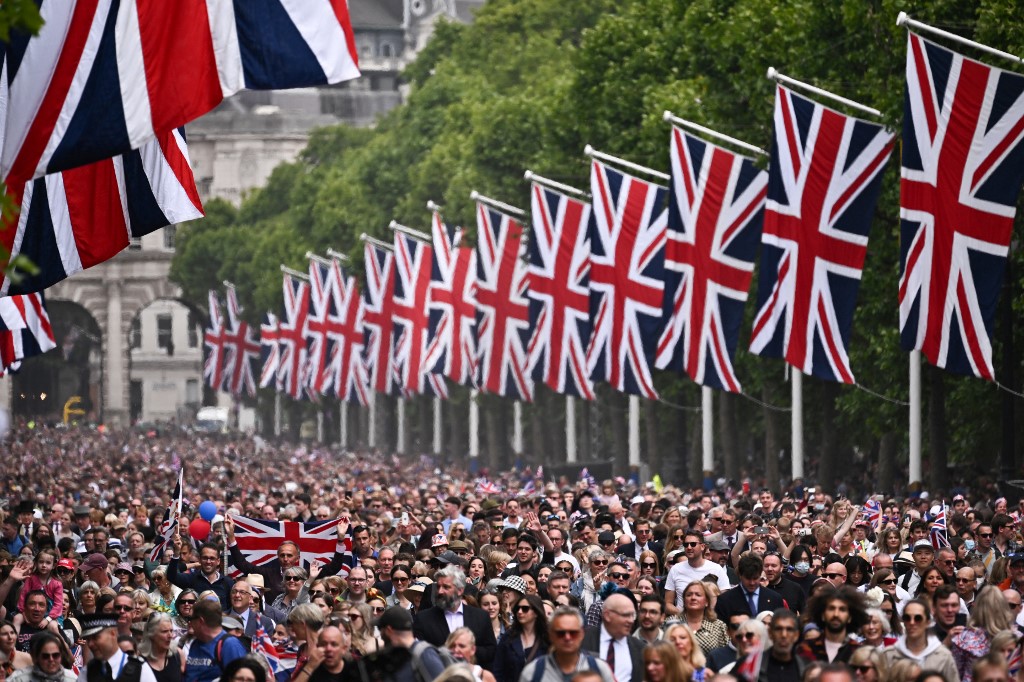 Members of the public walk down The Mall towards Buckingham Palace during the Queen’s Birthday Parade, the Trooping the Color, as part of Queen Elizabeth II’s platinum jubilee celebrations, in London on June 2, 2022. (Ben Stansall / AFP)

Marie van der Zyl, the president of the Board of Deputies of British Jews, had front-row seats. She wore a dark-blue dress along with, per the informal dress code, a matching hat, decorated with a white satin fabric.

For most Britons, the main event of the jubilee celebrations is yet to come in the Platinum Jubilee Pageant scheduled for June 5 at Buckingham Palace.

A free event, it will offer “all the excitement and spectacle of an international parade and carnival” with “street arts, theatre, music, circus, carnival and costume to celebrate Her Majesty’s unwavering duty, love of the natural world and dedication to the Commonwealth,” the event’s website says.

The man responsible for that bit of magic is a Jewish Londoner named David Zolkwer, a 56-year-old professional show director and chief producer of the Jubilee festivities.

He worked on the 2011 wedding of Kate Middleton and Prince William and the 1997 handover ceremony in Hong Kong.

He wouldn’t have gotten to where he is if it were not for the Jewish yet pluralistic upbringing that he received from his parents and at Manchester’s King David Jewish school, he told the Jewish Chronicle.

“I’m grateful that my parents made that call,” he said of the school, “because it was about opening my eyes to a broader community and a broader picture of what society is like.”