LONDON (AP) — Former British Treasury chief Rishi Sunak formally launched his campaign to replace departing Prime Minister Boris Johnson on Friday, leaping to the front of what is set to be a large pack of Conservative Party contenders — even as some party lawmakers pushed to get the scandal-tarnished Johnson out of office before his replacement is elected over the summer.

Johnson announced his resignation on Thursday — a dizzying about-face after months of insisting he would stay in the job despite mounting ethics scandals and growing Conservative discontent.

He quit as party leader with a statement to the nation outside 10 Downing St., but said he would stay on as prime minister until his successor is chosen by the party. That decision didn’t sit well with some of his Conservative colleagues, who worry that Johnson lacks the authority to hang on, or could do mischief even as a caretaker prime minister.

James Cleverly, who was appointed education secretary Thursday after his predecessor quit during a mass exodus of ministers, defended Johnson’s decision to stay.

Party officials on Monday are expected to set out the timetable for a leadership contest, with the aim of having a winner by the end of the summer. The two-step process involves Tory lawmakers voting to reduce the field of candidates to two, who will go to a ballot of all party members.

Sunak, whose resignation this week helped topple Johnson, launched his campaign with a slick video casting himself as a serious leader who could “grip this moment and make the right decisions.”

I’m standing to be the next leader of the Conservative Party and your Prime Minister.

“Do we confront this moment with honesty, seriousness and determination, or do we tell ourselves comforting fairy tales that might make us feel better in the moment, but will leave our children worse off tomorrow?” asked Sunak, one of the bookies’ favorites to win the contest.

Tony Travers, professor of government at the London School of Economics, said the party would be seeking a leader “a bit less exciting” than Johnson.

“Less exciting, but competent,” he said

Johnson remains in office atop a caretaker administration but many Conservatives say a lame-duck leader is the last thing the country needs amid Russia’s war in Ukraine and a worsening cost-of-living crisis triggered by soaring food and energy prices. 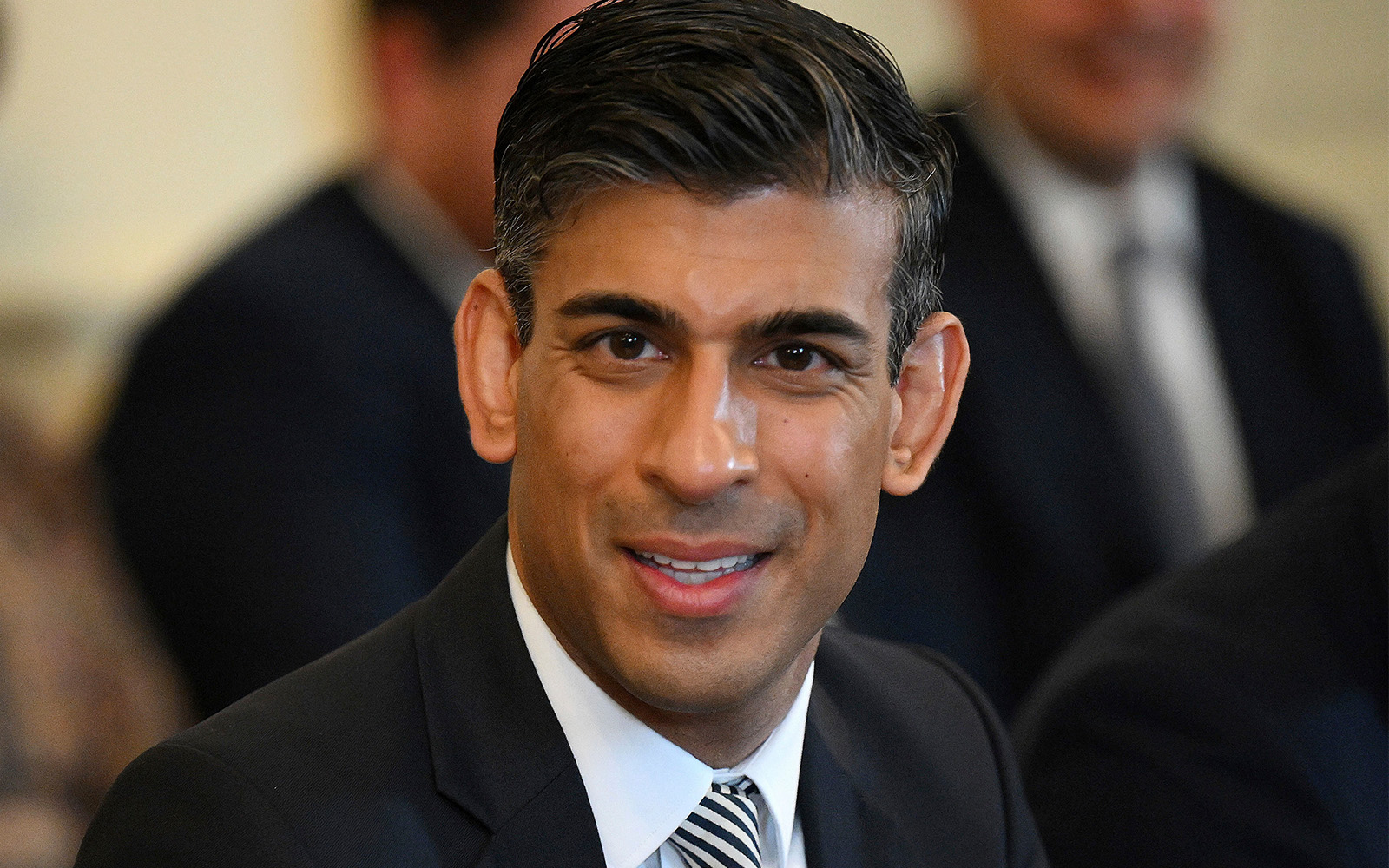 The prime minister’s spokesman, Max Blain, said Johnson would abide by political convention and “stick with pre-agreed policies” during his remaining time. But Johnson’s limping government plans to push ahead with contentious legislation to rip up parts of its Brexit deal with the European Union, and with a plan to send asylum-seekers to Rwanda that is being challenged in the courts.

The main opposition Labour Party said having Johnson stay in power was unacceptable. The party — whose two top leaders were cleared Friday by police of breaking pandemic restrictions by having curry and a beer with colleagues last year — vowed to call for a no-confidence vote in Johnson in the House of Commons next week. That would trigger a general election in the unlikely event it was successful.

The brash, 58-year-old politician who took Britain out of the EU and has been at the helm through COVID-19 and the war in Ukraine has repeatedly defied the odds during a rollercoaster political career.

In recent months he managed to remain in power despite accusations that he was too close to party donors, that he protected supporters from bullying and corruption allegations, and that he misled Parliament about government office parties that broke COVID-19 lockdown rules.

He was fined by police for attending one of the parties — the first prime minister ever sanctioned for breaking the law in office — but went on to survive a no-confidence vote last month in Parliament, even though 41% of Conservative lawmakers tried to oust him.

But Johnson was brought down by one scandal too many — this one involving his appointment of a politician who had been accused of sexual misconduct.

Johnson faced days of questions, and gave days of conflicting answers, over what he knew about past allegations against Chris Pincher, a Conservative lawmaker who resigned as party deputy chief whip last week after allegedly groping two men at a private club. Pincher acknowledged he had got drunk and “embarrassed myself.”

Javid and Sunak, key Cabinet members who were responsible for fighting COVID-19 and inflation, resigned within minutes of each other Tuesday, setting off a wave of departures.

Johnson clung to power for days, defiantly telling lawmakers on Wednesday that he had a “colossal mandate” from the voters and intended to get on with the business of governing.

His resignation the next day was a humiliating defeat for a politician whose jokey bluster brought a celebrity status unmatched in British politics — but who was accused of behaving as if the rules didn’t apply to him.