An Israeli woman was sentenced to life in prison in Dubai, her defense team announced on Thursday after her death penalty for possession of an illegal substance was overturned by an appeals court last week.

Fidaa Kiwan was sentenced to death in April after she was convicted of the drug charge, but the Abu Dhabi Federal Appeal Court canceled the punishment, much to the praise of her lawyers Shadi Saruji and Tami Ullman, who called the ruling “a humane decision, and a right one.”

Speaking to the Kan public broadcaster on the ruling last week, Ullman foretold that Kiwan would be sentenced to prison and that the defense team would work to “bring her to Israel as quickly as possible.”

Kiwan, a 43-year-old Haifa resident who owns a photography studio, reportedly came to Dubai for work at the invitation of a Palestinian acquaintance a year ago. She was arrested a short while later, on March 17, 2021, after a search of her apartment turned up the drugs. She has claimed that the cocaine was not hers.

“I never thought in my entire life I would receive a death sentence. I don’t think it will happen. This is a modern country,” Kiwan told Kan in April.

According to Kiwan’s sentence, the Haifa resident met up with a man named Yassin Ibrahim Nagiar before traveling to the UAE, who offered her a monthly payment of NIS 47,000 ($13,700) to sell drugs. 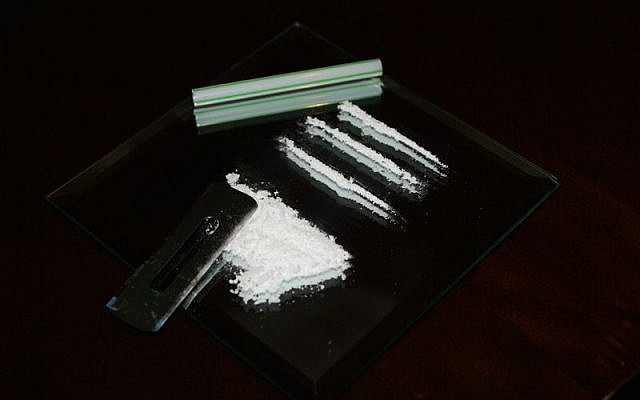 Upon arrival in the country, an undercover police officer arranged to meet with her in a vehicle, where the agent exchanged a payment for an illegal substance, the court document said.

However, Kiwan’s brother accused authorities in the UAE of beating his sister to coerce a confession, the Walla news site reported.

The UAE is known for its strict anti-drug laws, with those convicted of drug trafficking facing a possible death sentence. However, the death sentences are not rigorously enforced in many cases and tend to be converted into heavy prison sentences.

This was not the first time that the UAE has made a notable drug bust of an Israeli. In October 2021, it was reported that an Israeli man — Halil Dasuki, 31, from Lod — was arrested in Dubai on suspicion of involvement in a scheme to smuggle half a ton of cocaine into the UAE and from there to Israel.

Israel and the United Arab Emirates normalized ties in 2020 when they signed the US-brokered Abraham Accords, along with Bahrain. The UAE has since become a popular tourist and business destination for Israelis and tens of thousands have visited the Emirates.