Two coalition MKs voted on Monday night against a critical piece of legislation to renew the application of Israeli criminal and some civil law to Israelis in the West Bank, further imperiling the teetering coalition and endangering the chances of passing the measure before a June 30 deadline.

Meanwhile, right-wing opposition parties, despite supporting the measure ideologically, voted against it, vowing to do everything in their power to prove the coalition’s impotence and bring about its rapid downfall.

The final tally was 52 for and 58 against. Additional MKs were absent for coronavirus and family-related reasons, and votes were paired off between coalition and opposition members.

Still on its first reading, the measure is expected to return to the Knesset floor as early as next week, but the prospect of the coalition passing it appears slim.

The vote followed a raucous debate that took place over the course of nearly five hours. A good portion of the last hour was captured by Housing and Construction Minister Ze’ev Elkin, whose filibuster provided the coalition additional space, though not enough to come to an agreement with Ghanaim and Rinawie Zoabi.

During his remarks, Elkin accused the opposition of betraying its values, while members of the opposition-leading Likud party heckled the New Hope minister by yelling, “It’s over.” 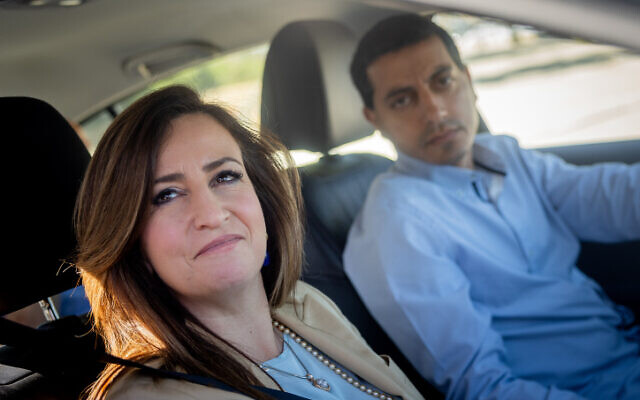 Likud quickly followed the vote by releasing a short statement: “Bennett – go home. It’s over. It’s time to return Israel to the right.”

Foreign Minister Yair Lapid also was quick to respond, tweeting immediately after the vote that, “Like always after a loss, we’ll return stronger and win next round.”

Prime Minister Naftali Bennett’s Yamina party responded by accusing vocal opposition members of joining the majority-Arab Joint List party — also a member of the opposition — in voting “against the residents” of the West Bank.

“The Likud will burn the country for Bibi’s needs,” the statement said. Promising that the coalition would be resilient, Yamina also pledged to push the West Bank bill through, as it succeeded in doing with two other key bills that tanked in the past year before being revived.

Coalition leaders were aware that the bill was unlikely to pass Monday. Bills connected to security or settlements are ideologically difficult for Arab lawmakers, such as Ra’am’s four members and Rinawie Zoabi. 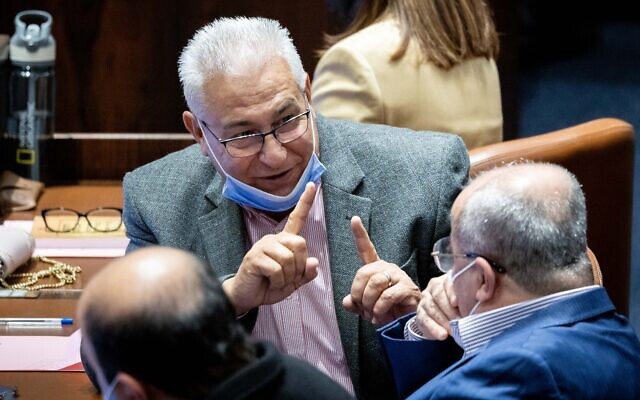 Coalition leaders have the option to bring the bill for another vote next week and to explore stopgap legal measures, but the biggest challenge may be be posed by internal politics.

Justice Minister Gideon Sa’ar has been stewarding the bill through its legislative process, and over the past week, has began to position the bill as an existential test for the embattled coalition, which since the defection of Silman, the Yamina rebel, has been sitting at a 60-60 seat deadlock with the opposition.

“A coalition member who does not support such a fundamental law is actively working for its dissolution,” Sa’ar said at his New Hope party’s faction meeting Monday afternoon. Last week, Sa’ar said that the bill is a test of the coalition’s desire to continue to exist.

Sa’ar warnings have added fuel to speculation that his New Hope party and the opposition Likud are in talks to form an alternate government that could return former prime minister Benjamin Netanyahu to power after just a year leading the opposition.

Bennett, however, projected confidence in the coalition before the vote.

“We’ll get through this as well,” he told reporters at the Knesset, noting the ruling coalition’s struggles since the government was formed last year.

In terms of another legislative chance, the bill can be brought again next Monday, the next day slated for government legislation. Although bills that fall are technically prohibited from being reintroduced for six months, the coalition can easily overcome this hurdle by applying for an exemption from the Knesset speaker.

Before the vote, Finance Minister Avigdor Liberman said the bill didn’t have to be voted on on Monday.

“We have time until the end of June…. We have to get organized, we have to be smart. And at the end of the day, we’ll pass the Judea and Samaria Regulation Law, like every other law,” he said at his Yisrael Beytenu party’s faction meeting. 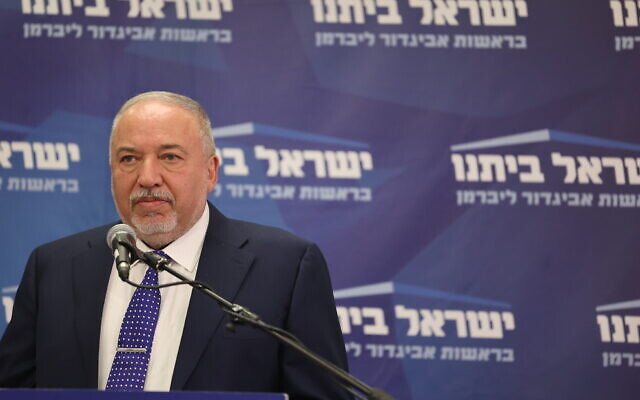 During the debate leading up to the vote, Sa’ar said that if the Knesset did not vote to approve the bill, it will “turn [settlers] into people without standing.”

Noting the possible consequences, should the current law lapse at the end of June without a finalized renewal, Sa’ar said the school year would be threatened, drivers’ licenses won’t be issued, identity numbers could not be assigned, and the West Bank could turn into a “sanctuary” for criminals.

While the opposition’s right-religious bloc ideologically supports the bill, it has politically committed to blocking it in order to embarrass the coalition, put pressure on its members, and force a change in government or dissolution of the Knesset.

“You ask us how we vote against [the bill],” said Likud MK Yoav Kisch in the pre-vote debate. “The answer is very easy. This will topple this bad government.”

“We’ll immediately pass it when we come back [to power],” he added. “We can’t leave 500,000 people without law and without order.” 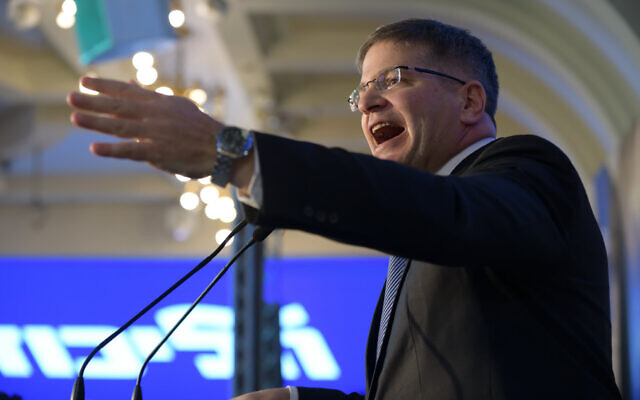 The bill would renew a measure extending Israeli criminal law and certain key civil laws — such as income tax and health insurance — to Israelis living in the West Bank. Though Israel has not annexed the West Bank, the measure ensures that settlers living there are treated as though they live in Israel in most matters, without extending those same legal protections to Palestinians.

Preparing for the scenario in which the bill does not pass before the current law’s end-of-June expiration, Defense Minister Benny Gantz said at a faction meeting of his Blue and White party that he has instructed the security establishment to investigate possible workarounds to ensure legal continuity for West Bank settlers.

Gantz said that one such option would be to have the top military commander in the West Bank issue an ordinance to apply relevant parts of Israeli criminal and civil law to settlers.

“I have instructed the security establishment to map and examine which of the regulations can be applied as directives by the regional commander, in case the legislation is delayed,” he said. 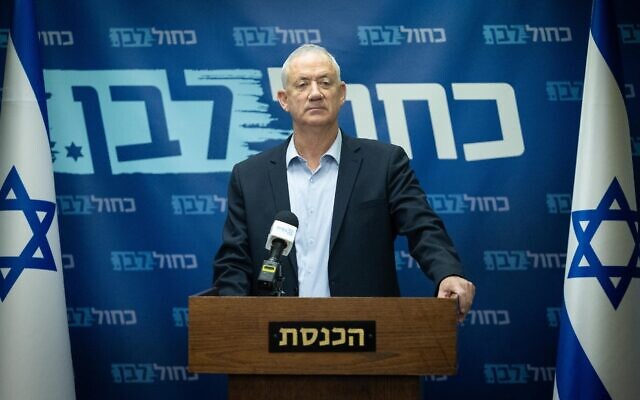 This would include such measures as potentially asking the regional commander to issue an order to extend social security to Israelis living in the West Bank, a situation that Gantz he admitted would be “absurd.”

Originally enacted in the aftermath of the 1967 Six Day War, the law remains an “emergency measure” that must be renewed every five years. Last passed in 2017, it is set to expire at the end of June.

A vote on the bill was postponed by Sa’ar last week after the coalition saw there was no majority to pass it.