Justice Minister Gideon Sa’ar on Friday intensified his warnings that the coalition’s survival could be at stake if legislation to renew the application of Israeli civil and criminal law to West Bank settlers fails to pass. But Sa’ar also hit out at opposition leader Benjamin Netanyahu’s Likud for refusing to support the bill for political reasons.

In a video call with supporters of his New Hope party, Sa’ar reiterated his demand for all parties in the struggling coalition to back the bill.

“If the coalition doesn’t get a grip on itself, there will be consequences. It really endangers the continued existence of the government,” he said.

He added that New Hope wants a well-functioning government. “Survival is not a value in and of itself,” he said.

His comments came days after the left-wing Meretz party pledged to back the bill, leaving the Islamist Ra’am as the only coalition holdout. Ra’am has remained tight-lipped about how it will vote on the bill, but generally opposes settlers being granted rights withheld from Palestinians.

However, even if Sa’ar and Prime Minister Naftali Bennett succeed in bringing Ra’am on board, the coalition only holds 60 of the Knesset’s 120 seats — not enough to approve the legislation if all opposition lawmakers vote against it.

While the Likud-led right-religious bloc within the opposition supports the renewal in principle, it has vowed not to vote with the coalition to pass it, having pledged to oppose any government-sponsored legislation regardless of content in its bid to bring down the government. 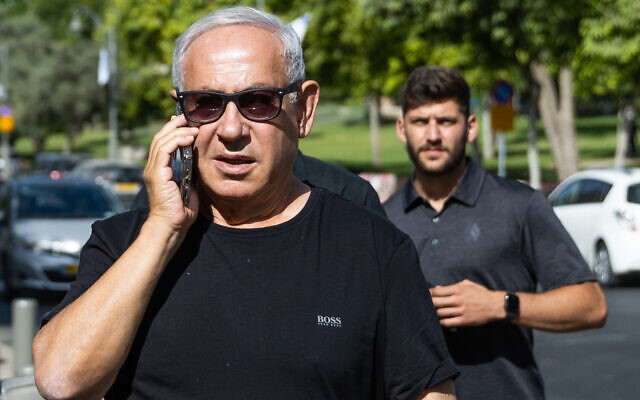 Sa’ar bashed Netanyahu for refusing to support the bill, accusing the former prime minister of “cynicism and irresponsibility.”

The former prime minister was “harming our ability to maintain governance” in the West Bank,” he said.

The justice minister accused opposition parties of a willingness to let the country “burn” if they weren’t in power.

“Their readiness to play with fire is grave,” he said. “I hope the opposition comes to its senses. Whoever thinks bringing down this law will bring him benefit is not reading the map correctly.”

The minister also repeated his denial of reports that his party had held talks with Likud on forming an alternative coalition within the current Knesset, though he refused to rule out such negotiations at a later date. 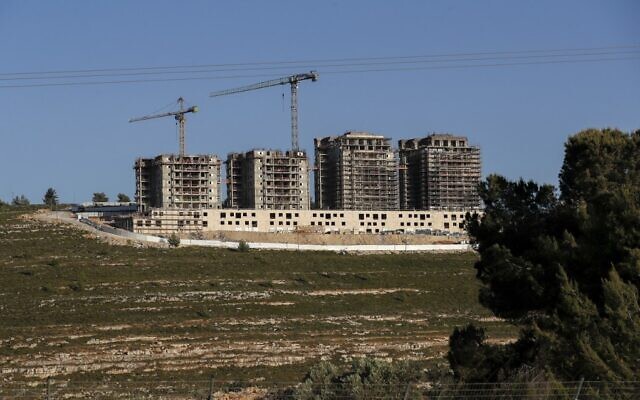 This picture taken on May 10, 2022, shows construction work in the West Bank settlement of Givat Ze’ev, near Jerusalem. (Ahmad Gharabli/AFP)

The bill being pushed by Sa’ar seeks to renew an emergency measure extending Israeli criminal law and certain key civil laws — such as income tax and health insurance — to Israelis living in the West Bank. Though Israel has not annexed the West Bank, the measure ensures that settlers living there are treated as though they live in Israel in most matters, without extending those same legal arrangements to Palestinians.

Originally enacted in the aftermath of the 1967 Six Day War, the law remains an “emergency measure” that must be renewed every five years. Last passed in 2017, it is set to expire at the end of June.

Sa’ar, whose right-wing party supports settlements and opposes Palestinian statehood, said Wednesday that unless the measure passes, Israeli settlers will become subject to Israel’s military justice system, which is based on Jordanian law. He said such a situation had never occurred in Israeli history.