Prime Minister Naftali Bennett on Sunday warned Iran against attempts to orchestrate terror attacks against Israelis abroad, threatening that anyone who tries to will pay the price.

“We are currently witnessing Iranian attempts to attack Israelis in various overseas locations,” Bennett said in public remarks at the opening of the weekly cabinet meeting in Jerusalem.

Israel’s security establishment is acting to foil such attempts before they can be carried out, Bennett said.

Noting that the government had asked Israelis to avoid unnecessary travel to Turkey, and in particular Istanbul, Bennett said: “The danger is still great. I call on the citizens of Israel to show personal responsibility and safeguard their security.”

Last week Israel urged its citizens in Turkey to leave immediately over concerns that Iranian agents were planning to kill or kidnap Israelis. The warnings came amid unverified reports in the press that Israeli and Turkish intelligence had together thwarted several planned attacks by a broad network of Iranian agents, nabbing some of the suspects. 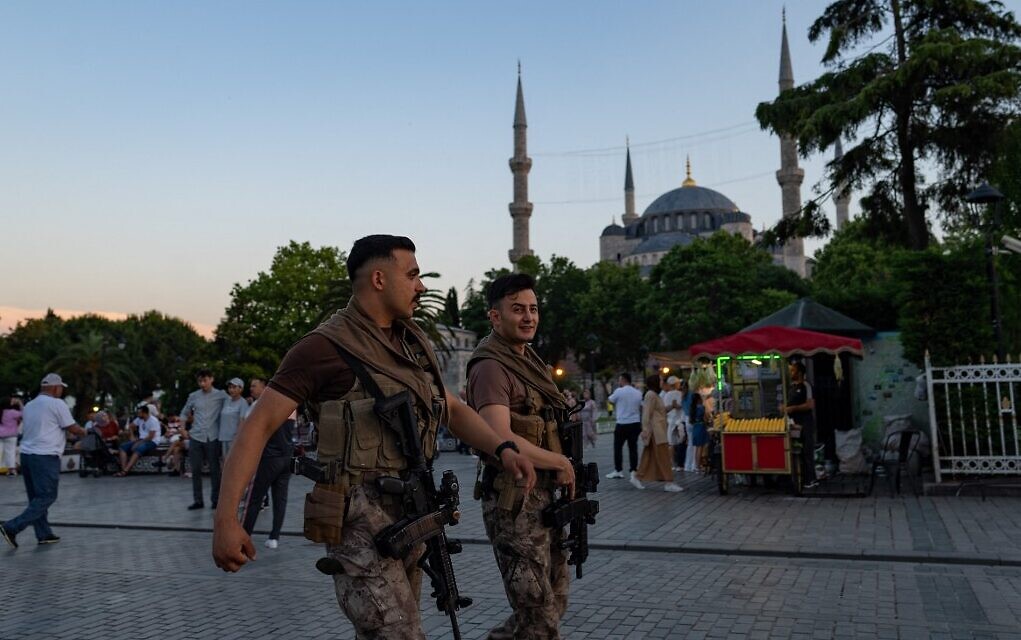 The National Security Council raised the warning level for travel to Istanbul to its highest level, putting it alongside Iraq, Yemen, Afghanistan, and Iran as places that Israelis must leave immediately and may not visit.

Tensions between Israel and Iran have intensified in recent weeks, after the assassination of a top Iranian officer in Tehran last month that it blames on Israel, a number of other deaths of security and scientific personnel inside Iran, airstrikes against Iran-linked targets in Syria, threatening rhetoric from Iranian leaders and Iran’s increasing violations of nuclear agreements.

At the cabinet meeting, Bennett also commented on a rocket fired Saturday by Palestinian terrorists in the Gaza Strip at the southern coastal city of Ashkelon. The missile was intercepted by Israeli air defense systems and hours later the IDF hit several Hamas targets in Gaza. 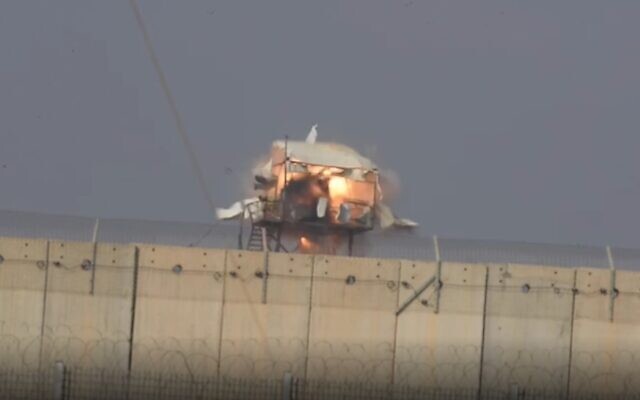 Screen grab from IDF footage of a strike on a terror group observation post in Gaza overlooking an Israeli border community. The strike was carried out on June 18, 2022 in response to rocket fire. (Israel Defense Forces)

Israel holds Hamas responsible for all fire and attacks emanating from the coastal enclave, no matter which terror groups claim responsibility.

“As far as we are concerned, Hamas is the address,” Bennett said.

The prime minister noted that the last year had been the quietest in a decade for southern residents, with rocket fire dropping from an average of hundreds of cases each year to just seven in the past 12 months that caused no injury or damage.

In addition, Hamas’s ability to arm itself “is the slowest for years” due to cooperation with Egypt and the US to prevent weapons from being brought into Gaza via the Rafah border crossing with Egypt.

“We will take strong action against any attempt to undermine this quiet,” Bennett said. “The price that we will exact from the enemy for every action against our people will be high and painful.”

He attributed the relative peace to his government’s policy of “zero tolerance” for rocket fire at the country while at the same time opening Israel’s borders for some Gaza workers.

“This acts as quite a restraint and also differentiates between Hamas and the residents [of Gaza],” Bennett said.

In response to the rocket fired by Hamas toward Israeli civilians overnight, IDF aircraft struck a weapons manufacturing site & 3 other Hamas military posts in Gaza.

We hold the Hamas terrorist organization responsible for all terrorist activity emanating from Gaza. pic.twitter.com/kP4tLT2J7R

Last week Israel said it would allow another 2,000 Gazans to enter the country for work or business dealings, bringing the total to 14,000. However, in the wake of the weekend rocket fire, that plan was put on hold.

The Defense Ministry has signed off on a tentative plan to eventually raise the number of Gaza permits to 20,000, a dramatic and unprecedented increase. In mid-2021, just 7,000 Palestinians from Gaza had permits to work or trade in Israel.