Palestinian investigators have determined that a bullet fired by Israeli troops killed Al Jazeera journalist Shireen Abu Akleh, the Ramallah’s chief prosecutor said Thursday, accusing soldiers of intentionally shooting her during a battle with gunmen in the northern West Bank city of Jenin.

According to the Palestinian Authority’s Akram Khatib, forensic evidence indicated Abu Akleh was fatally shot while attempting to run away from sudden bursts of Israeli gunfire.

“She was fleeing forward, as can be seen by the path taken by the bullet,” he told journalists at a press conference in Ramallah, adding that she was facing away from the direction of the shots.

Israel immediately rejected the findings. “Any claim that the IDF intentionally targets journalists or those uninvolved [in terror] is a crude and blatant lie,” Defence Minister Benny Gantz said in a statement. He added that Israel regrets Abu Akleh’s death, noted that the military is conducting its own probe into the matter, and reiterated Israel’s request that the PA make the bullet available for ballistic analysis so that a definitive determination can be made on who fired it.

Abu Akleh was killed on May 11 while covering a gun battle sparked during an Israeli raid in Jenin. Both the PA and the Qatar-based Al Jazeera accused Israel of deliberately killing Abu Akleh hours after her death, which Israel strongly denies.

The military has said it needs access to the bullet, which the PA holds, to determine whether Abu Akleh was struck by a bullet fired by an Israeli soldier or Palestinian gunmen. Palestinians have rejected cooperation with Israel in the probe, citing distrust, amid wide international condemnation over the death of the popular veteran reporter. 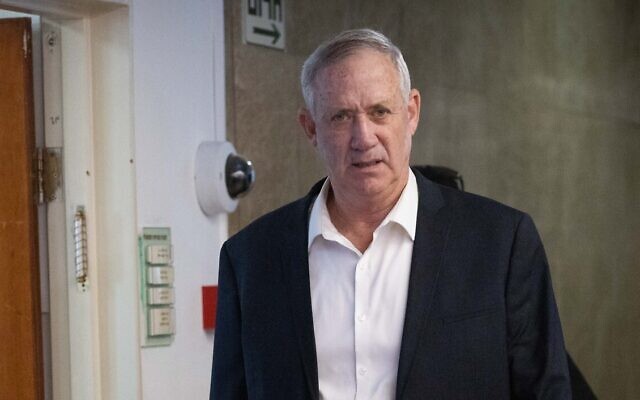 Defense Minister Benny Gantz arrives to a cabinet meeting at the Prime Minister’s Office in Jerusalem on May 1, 2022. (Yonatan Sindel/Flash90)

Independent analyses have also found that Israeli forces were likely responsible for her death and have raised questions about the gunfire in an area where, these analyses claim, no Palestinian fighters were seemingly present.

Khatib said PA investigators believe Abu Akleh was shot intentionally by Israeli soldiers, rather than struck by accident while caught in crossfire.

According to Khatib, the bullet used to kill Abu Akleh was a relatively small “Roger” bullet often used by Israeli forces. He said it was fired from 170-200 meters (186-219 yards) away by a sniper with a clear line of sight.

“The Israeli occupation forces began firing bullets at them, without any warning,” Khatib charged. 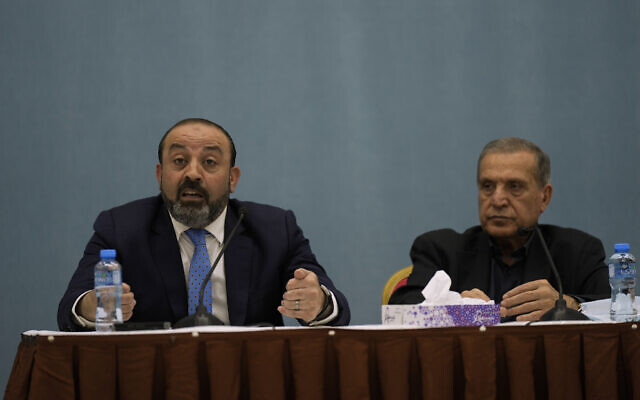 He claimed that the soldiers clearly saw Abu Akleh and there was nothing obstructing their view.

Israel has publicly called for a joint investigation with the PA into Abu Akleh’s death, with US assistance. The military is conducting its own investigation into the incident and urged the PA to grant it access to the bullet.

The PA has rejected both Israeli, American and international help and insisted on conducting its own investigation.

“We are proud that we did not include anyone else in the investigation,” said PA presidential spokesperson Nabil Abu Rudeinah.

He also criticized “American aid and global silence” on Israeli actions in the West Bank, including for allegedly shooting Abu Akleh.

Abu Akleh had spent more than 25 years covering the Israeli-Palestinian conflict and was a widely known and respected on-air correspondent for Al Jazeera’s Arabic service. 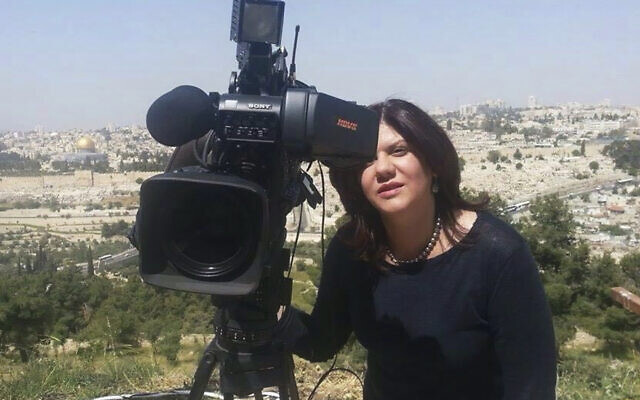 In a speech in Ramallah the day after she was killed, PA President Mahmoud Abbas vowed to take Abu Akleh’s case to the International Criminal Court. The PA’s foreign minister said earlier this week that the case has been referred to the ICC, a move Defense Minister Benny Gantz warned would hurt ties between Jerusalem and Ramallah.

According to a military official who briefed reporters last week, the IDF has identified the IDF rifle that may have fired the shot that killed Abu Akleh. However, he said that the army still needs the bullet in the Palestinian Authority’s possession for confirmation.

Ballistics analysis could potentially match the bullet to a specific firearm, but only if investigators have access to both. Israel and the Palestinians are unlikely to accept any conclusions reached by the other side.

Times of Israel staff and AP contributed to this report.