The Tel Aviv Magistrate’s Court rejected a request filed Sunday by former prime minister Ehud Olmert’s lawyer to call on Hadas Klein, a key prosecution witness in Benjamin Netanyahu’s corruption trial, as a witness in the libel case filed by the Netanyahu family against Olmert.

Olmert claimed Sunday that Sara Netanyahu may have lied in testimony she gave in a libel lawsuit filed by the Netanyahu family against Olmert and called on the court to summon her for clarification.

Olmert’s attorney Amir Titonovich asked the court to examine evidence that seemingly contradicts testimony given by Sara about her drinking habits.

The request cited parts of the recent testimony of Klein, an assistant to billionaires James Packer and Arnon Milchan, who described during her testimony at the Jerusalem District Court incessant demands for luxury goods made for years by former prime minister Netanyahu and his wife Sara to her bosses.

Last week, Klein described to the court how she became the conduit for a never-ending supply of premium cigars and champagne to the Netanyahus, goods she said were requested directly by the ex-premier and his wife.

The Netanyahus filed the libel case against Olmert after the latter publicly called the Netanyahu family mentally ill and “in need of psychiatric treatment.” The suit seeks NIS 837,000 ($261,000) in damages for Olmert’s “obsessive efforts to harm their good name in public, out of jealousy and deep frustration.” 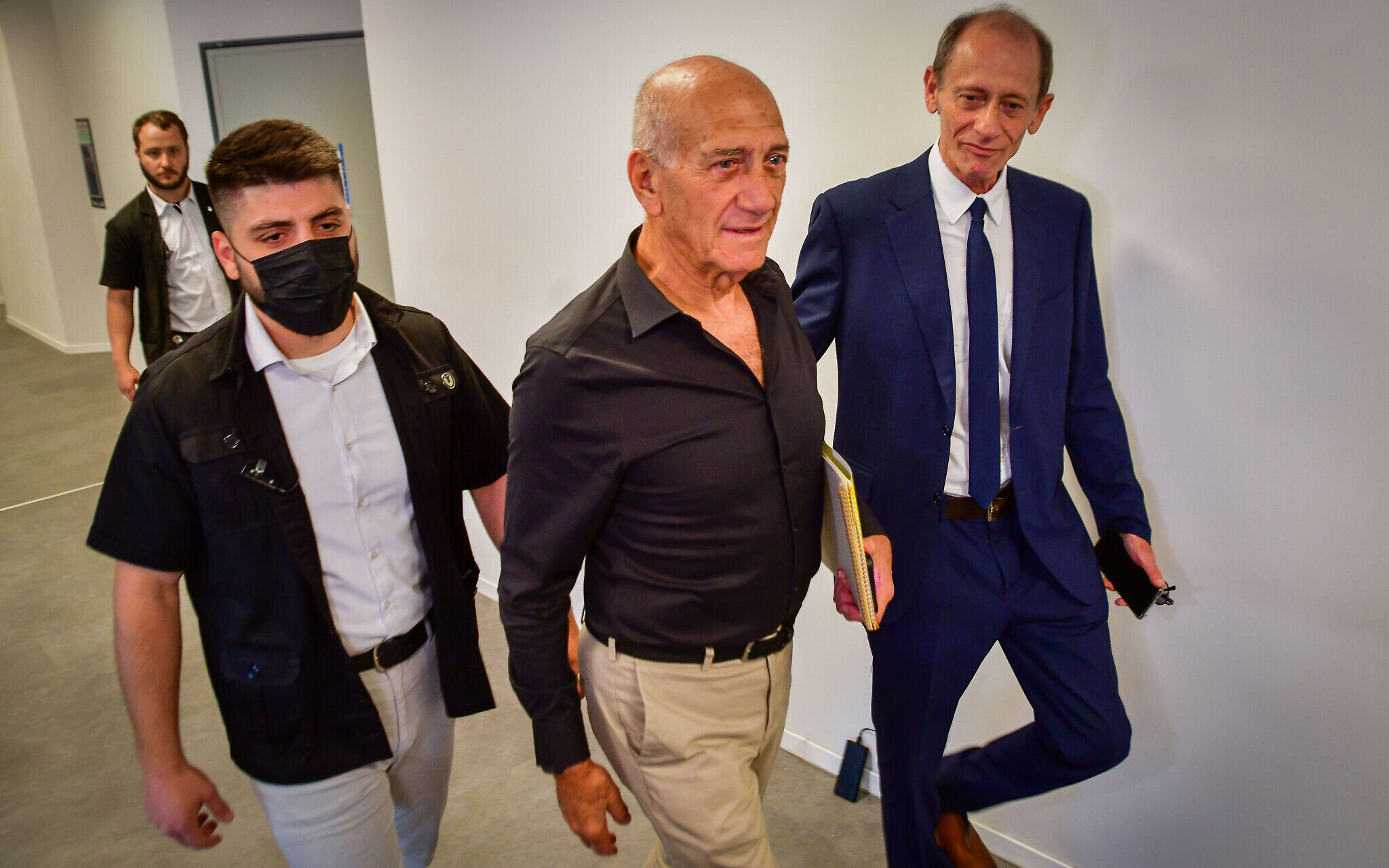 Former prime minister Ehud Olmert arrives for a court hearing on the lawsuit of the Netanyahu family against him, at the Tel Aviv Magistrate’s Court on June 12, 2022. (Avshalom Sassoni/Flash90)

The request filed Sunday on behalf of Olmert said that during case hearings in the libel case filed by the Netanyahus against Olmert, Sara said she never drinks alcohol, which Olmert’s lawyer said contradicts Klein’s testimony.

“Whether plaintiff #2 [Sara Netanyahu] tends to get drunk or not is very relevant to this case,” Titonovich wrote, according to Channel 12.

“It is especially relevant to the question of whether or not the Netanyahus were accurate and truthful in their testimony. If it is discovered that she did in fact lie when she said she never drinks alcohol, it would be highly significant to the entire case.”

Titonovich argued that Klein’s testimony “indicates that [Sara] tends to consume large amounts of alcohol and that she is trying to hide that fact from scrutiny. More evidence provided shows that most likely due to the excessive drinking, which doesn’t help her mental disorders, [Sara] experiences psychotic episodes during which she becomes violent and vocal and no longer controls her own actions.” 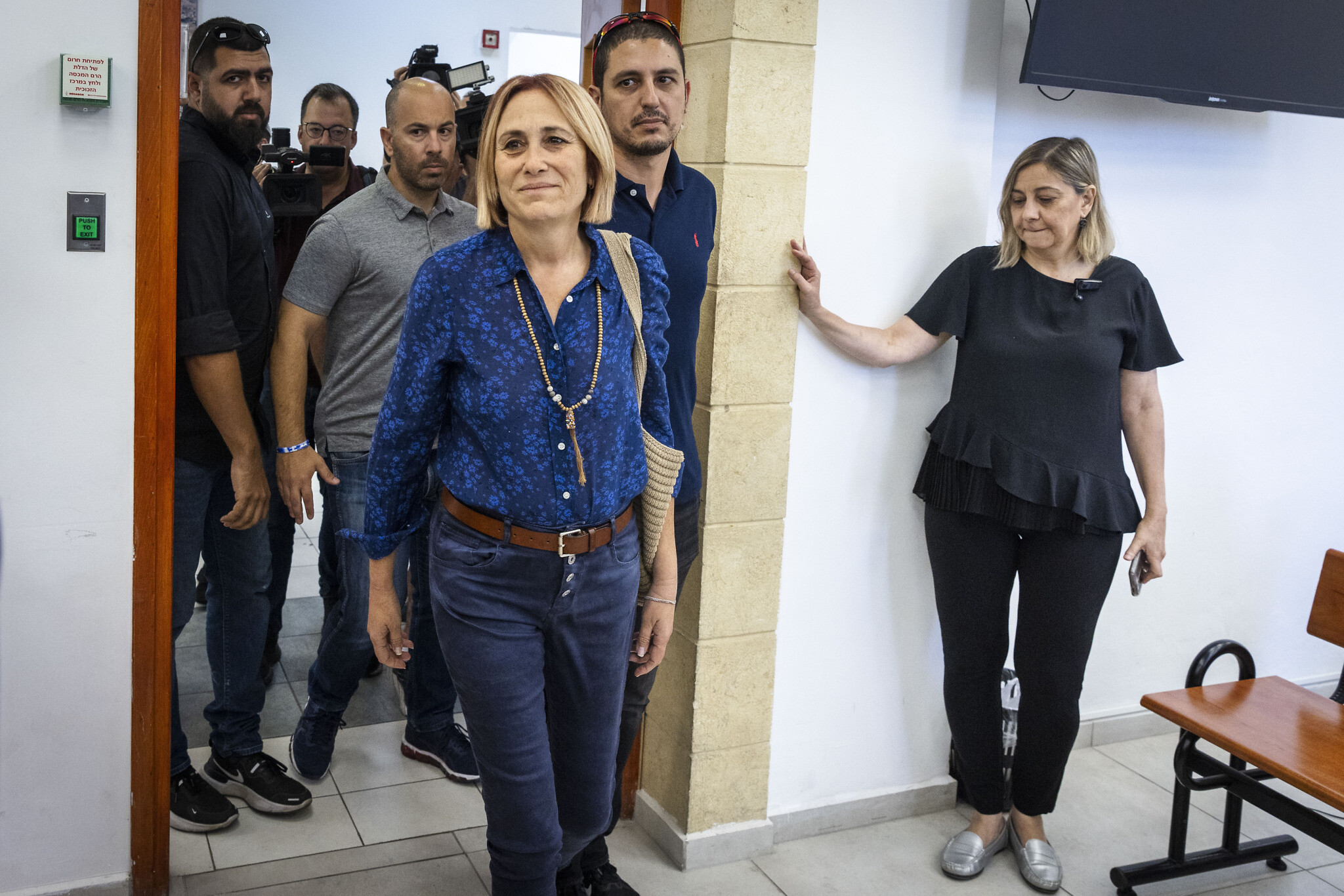 Olmert, in his request Sunday, asked that Klein be called as a witness in the libel case and that Sara be summoned to another hearing in order to clarify whether her testimony constituted perjury.

The court deemed the request “irrelevant.”

During her testimony, Sara Netanyahu highlighted her career as a children’s psychologist and denied having been admitted to a psychiatric hospital in Austria, referring to rumors in previous years that she had been hospitalized.

“I’m not sick. I help people as a psychologist,” she said. “I view this with great compassion. People with mental health issues are negatively labeled.”

In February, the court rejected a request by Olmert for Netanyahu, Sara and their eldest son, Yair, to undergo a psychiatric evaluation as part of the lawsuit.