Weeks after welcoming his eighth child, Nick Cannon has announced his ninth one is on the way.

The 41-year-old Wild N’ Out host revealed in an Instagram video this morning that model Brittany Bell is pregnant with their third child together.

“Time Stopped and This Happened… [Brittany Bell] ❤️😍🥰🌞#Sunshine #SonRISE,” Cannon wrote alongside the caption, with #SonRISE leading to some speculation that the new baby will be a boy.

The video is a montage of Cannon and Bell at a maternity shoot, where Bell’s bare baby bump is on display. Their other two children, five-year-old son Golden Sagon and 19-month-old daughter Powerful Queen, are also present at the shoot.

De La Rosa is also currently pregnant with her third baby, and it is rumoured to be Cannon’s child, but not confirmed.

Cannon is also a father to son Zen with Alyssa Scott, who tragically passed away in December 2021 after being diagnosed with brain cancer. He was five months old.

In June, one month before Legendary Love was born, Cannon already confirmed he was expecting more children this year. This admission came one month after he said he was considering having a vasectomy.

When asked by Lip Service podcast host Angela Yee if reports saying he had more children “on the way” were correct, he replied, “When you say ‘on the way… ‘ What count are you at? Let’s just put it this way … the stork is on the way.”

Yee then asked him if he was expecting three babies – at least one with De La Rosa and one with Bell – and Cannon replied, “I don’t know, it could be.”

Cannon revealed in September last year that his therapist advised him to be “celibate” after he welcomed four children within one year, and told Entertainment Tonight that he was going to take a break from having children.

“I’m [gonna] take a break from having kids,” he told the outlet. “I come from a big family, I have several siblings, [and] being raised in an unorthodox family by my grandparents at times, I’ve experienced such a wide range of upbringing that I have such a love and passion for kids and family. I want a big family too. The Lord has blessed me with what I asked. Ask and you shall receive.”

Months later, Tiesi and Cannon confirmed they were expecting their first child together.

Despite all the back and forth as to Cannon’s plans for future children, Cannon says he loves being a father.

Speaking with People in May, he said: “Every day I just wake up excited as a father. I’m so excited about all my kids. Constantly, from every aspect of it. From them getting citizen of the month awards in the first grade to the birth of the new ones.” 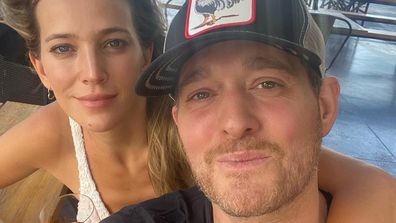 The Best Christmas Movies of All Time Ranking

Google has recently launched its 2022 “Year In Search” review, listing out the key interests […]

Whose side will Shin Hyun Been take in “Reborn Rich”: Song Joong Ki’s or Kim […]