A patched-over coalition crisis may yet again rear its head, as Blue and White MK Michael Biton, head of the Economic Affairs Committee, said that he will pressure the coalition if his concerns over transportation reform remain unanswered.

The dissatisfied MK was meeting with Prime Minister Naftali Bennett on Wednesday afternoon to discuss the next steps for the reforms.

Three weeks ago, Biton closed his committee and announced a break on voting with the coalition, with the exclusion of blocking no-confidence motions, after Transportation Minister Merav Michaeli forged ahead with sweeping transportation fare changes. Biton claimed Michaeli had not involved his committee, which he said had legal oversight over Michaeli’s ministry.

Biton quickly ended his boycott on May 30 following a meeting with Bennett, but set a two-week deadline for the government to make progress on his demands. That deadline expires on Monday, a day before the government is scheduled to bring legislation to the Knesset plenum.

In a Wednesday interview with The Times of Israel, Biton said, “I’ll do what I have to do” to pressure the government to modify the reforms.

When asked if this means Biton will stop voting with the coalition if he does not see changes by Monday, he said “Maybe that too, yes.” 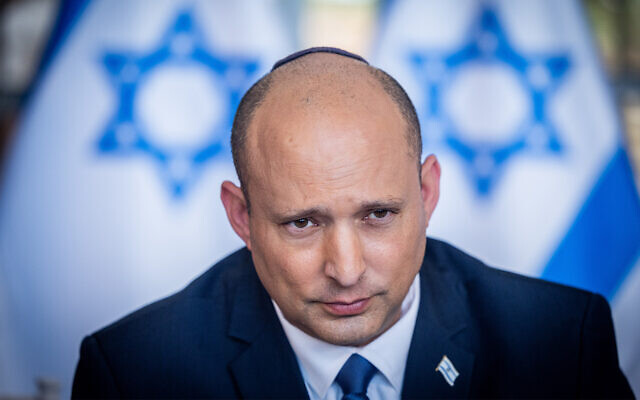 The fragile coalition has struggled since losing its parliamentary majority in early April. Deadlocked in a 60-60 seat match-up against a determined opposition, every Knesset member counts.

Earlier this week, routine legislation to renew the application of Israeli law to West Bank settlers failed because of coalition disunity when several lawmakers broke ranks to oppose the bill. At comments directed to defectors from that vote — of which Biton was not one — Justice Minister Gideon Sa’ar said that coalition members who don’t vote along with the government are akin to being in the opposition.

Biton is considering such a step, which would deliver another blow to the coalition’s stability, but he has maintained that he supports the continued survival of the government.

“Blue and White’s position is that if this government can move forward and pass a budget, it’s good for the people,” he said.

Michaeli’s transportation reforms propose ending the system of tiered pricing across Israeli localities and introducing a unified price instead. They would also end discounts for pre-paying for transportation credit.

Michaeli has called these reforms fair, ending a system that she said Wednesday morning on Army Radio was put in place not because of financial need, but rather “closeness to the plate [of power].” 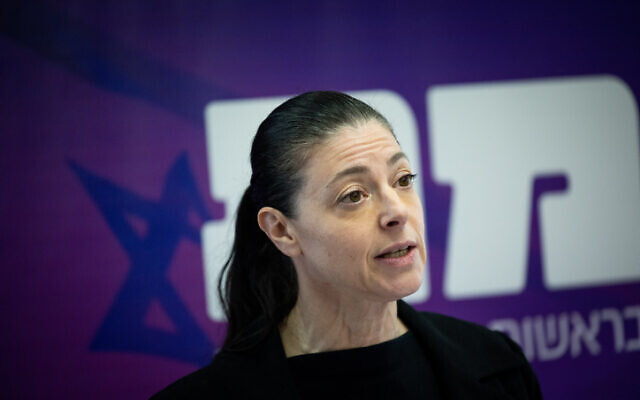 Labor party leader Merav Michaeli speaks during a faction meeting at the Knesset in Jerusalem on December 13, 2021. (Yonatan Sindel/Flash90)

“For me, it’s a red line,” Biton said about the planned reforms.

Rather than a sweeping reform to unify prices, Biton would like something more gradual.

While the prices for individual trips are changing by only a few shekels, the percentage change is significant. According to information provided by Biton’s office, the price of a single trip in some localities is increasing up to 120%, from NIS 2.5 to NIS 5.5. A single bus fare in Tel Aviv, by contrast, stands at NIS 6.

Including the elimination of a pre-paid stored value discount, the same trip can increase by 175%, from NIS 2 to NIS 5.5.

“The prime minister asked me to give him time to check these reforms in public transportation and I hope to hear good answers,” Biton said of his meeting with Bennett, noting that he specifically wanted to hear “how they’re going to change it.”

In addition to the content of the reform, Biton also griped about the process it went through — a process, he claimed, that largely cut out his Economic Affairs Committee, which is supposed to oversee the Transportation Ministry. 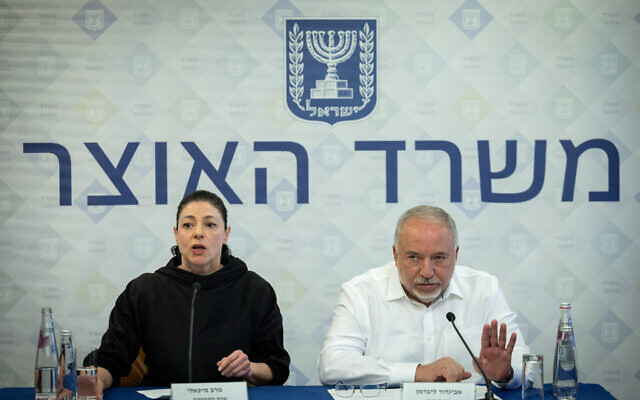 “For over a year,” Biton said, the Transportation Ministry “wasn’t responding and wasn’t respectful to members of Knesset. We raised many issues before the minister, but they did not respond.”

Biton also claimed that the Transportation Ministry actively cut his committee out of the process.

“They were even hiding information from the committee. We discovered that they were planning some reforms. So we called them to tell us about them and they said, ‘we don’t know yet.’ And few minutes after the end of that meeting, they announced the reform,” Biton said of one of the events that triggered his frustration.

This announcement, by Michaeli and Finance Minister Avigdor Liberman, was made at the beginning of April, during the Knesset’s recess.

A spokesperson for Michaeli did not immediately respond to request for comment.

Biton has also lodged complaints against the coalition’s proposed agricultural reforms, but a spokesman for his office said that transportation is the key sticking point.