London, United Kingdom (AFP) — Tens of thousands of people cheered Queen Elizabeth II on Thursday as she kicked off the first of four days of celebrations marking her record-breaking 70 years on the throne.

The 96-year-old royal’s appearance at the Platinum Jubilee — a milestone never previously reached by any British monarch — had been in doubt due to illness and recent mobility problems.

But dressed in dove blue, her hands clasped on a walking stick, she appeared on the Buckingham Palace balcony to take a salute after the centuries-old Trooping the Color military parade.

After gun salutes and a fly-past of military aircraft, she made a second appearance on the balcony with her immediate heirs, princes Charles, William and George, and close family members.

In bright sunshine, The Mall below was awash with red, white and blue union flags, with some die-hard royal fans camping for days to be in prime position for the display of pomp and pageantry.

But many acknowledged the coming end of an era in what some feel could be the last major public event of her long reign.

“We know it’s a special occasion because it might be the last day we’ll see Her Majesty in a public event,” ambulance service worker Gilbert Falconer, 65, told AFP after traveling from Scotland. 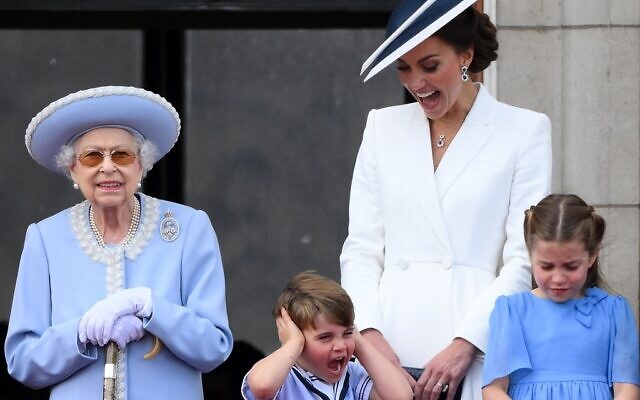 Recognition of the queen’s unprecedented reign saw tributes from political and religious leaders from across the world, including Pope Francis and US President Joe Biden.

O’Neill’s letter would have been unthinkable before the 1998 peace deal that ended years of violence over British rule.

Sinn Fein was the political wing of the Irish Republican Army paramilitary group, which blew up the queen’s cousin, Lord Louis Mountbatten, in 1979.

The queen, a keen horsewoman, has previously taken the salute in person at Horse Guards Parade, the site a short ride down The Mall where King Henry VIII once jousted. 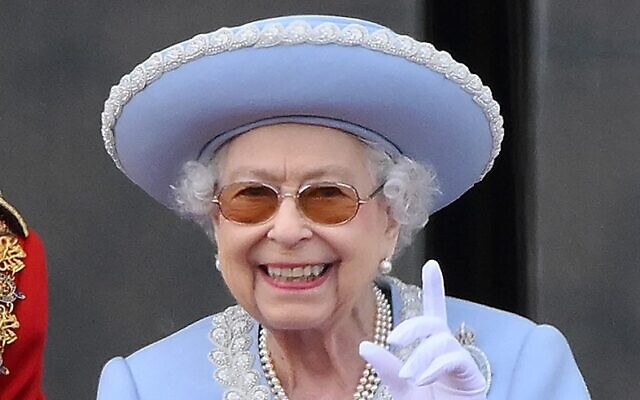 But her 73-year-old son and heir Prince Charles stepped in this year, in the latest public sign of his future role as king.

Joining him at the parade of the color or regimental flag of the 1st Battalion Irish Guards was his sister Princess Anne, 71, and his eldest son, Prince William, 39, both in ceremonial uniform.

They kept a low profile while the queen’s disgraced second son, Prince Andrew, 62, was not seen. The palace later said he had contracted COVID and would not be at a Thanksgiving service on Saturday. 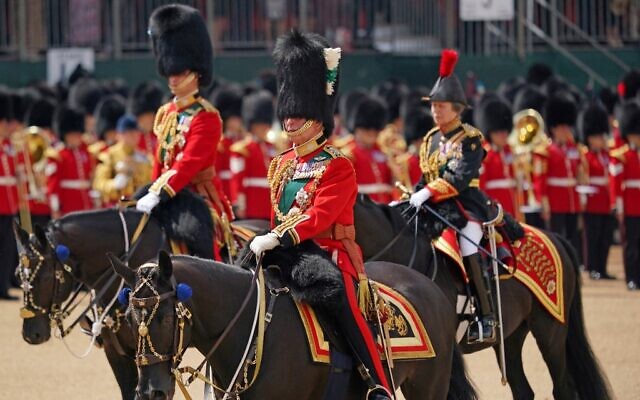 The queen will be at Windsor Castle, west of London, on Thursday night to take part in a ceremony to light more than 3,000 beacons across Britain and the Commonwealth of 54 nations that she heads.

Elizabeth was a 25-year-old princess when she succeeded her father King George VI in 1952, bringing a rare touch of glamor to a battered nation recovering from World War II.

Seventy years on, she is now the only monarch most Britons have ever known, and an enduring figurehead through often troubled times. 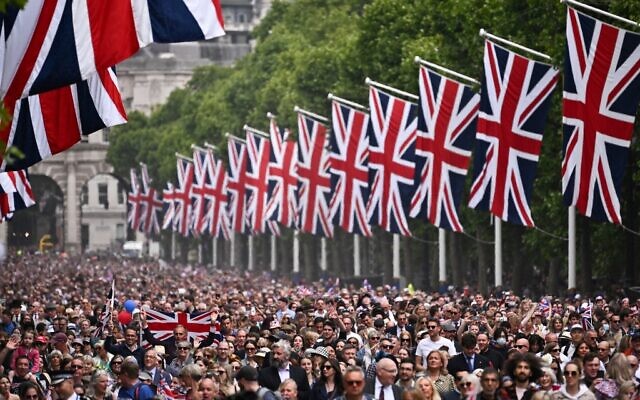 Members of the public walk down The Mall towards Buckingham Palace during the Queen’s Birthday Parade, the Trooping the Colour, as part of Queen Elizabeth II’s platinum jubilee celebrations, in London on June 2, 2022. (Ben Stansall/AFP)

It has not yet been confirmed if she will attend Saturday’s Thanksgiving service, while her planned attendance at horseracing showcase The Derby on Saturday is off.

She could yet put in a final appearance — again from the palace balcony — on Sunday, at the climax of a huge public pageant involving 6,000 performers.

The queen on Wednesday thanked everyone involved in organizing community events in Britain and around the world, and said she was “inspired by the goodwill” shown to her.

“I… hope that the coming days will provide an opportunity to reflect on all that has been achieved during the last 70 years, as we look to the future with confidence and enthusiasm,” she added. 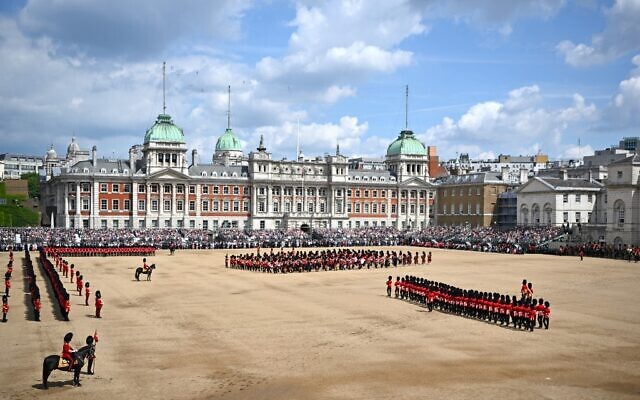 The jubilee, held against a backdrop of rising inflation that has left many Britons struggling, is being seen as a respite for the public after two years of COVID, and in the face of troubling world events.

“All the horrors that’s been going on in the world are put behind for us for a day and we can just enjoy really celebrating the queen,” said Hillary Matthews, 70.

But the jubilee will also be a welcome return to normality for the royals.

Harry, 37, and Meghan, 40, caused shockwaves in early 2020 by moving to North America, from where they have publicly criticized royal life.

In April last year, the queen lost her husband of 73 years, Prince Philip, and was forced to sit alone at his funeral due to coronavirus restrictions.

Since then, she has struggled with her health, and also the fallout from Andrew’s links to the convicted sex offenders Jeffrey Epstein and Ghislaine Maxwell.

Andrew, who in February settled a US civil claim for sexual assault, has effectively been fired from his royal duties.