Despite entreaties from the US’s top diplomat in Israel to enable the passage of legislation deemed critical for advancing Israel’s ability to join the United States’ visa-free list, Likud has indicated it does not intend to compromise on the issue.

A source close to Likud MK Yoav Kisch told The Times of Israel that his party will not assist in passing the legislation.

Kisch and fellow party MK Yariv Levin are leading the opposition’s negotiations with the coalition on how to wrap up Israel’s 24th Knesset. The source added that the Likud-led opposition will not support the bill, even if an agreement is reached on the current burning issue between opposition and coalition parties: the election date.

The source claimed that the law, drafted with input from Ayelet Shaked’s Interior Ministry, is problematic because it reduces pressure on Palestinian Americans who wish to transit through Israel.

The US requires certain administrative changes in order to consider Israel for entry into the Visa Waiver Program, including creating a database for airlines to record passenger information, in line with standard practice in the United States and Europe.

The United States has also asked Israel to ease entry restrictions for Americans of Palestinian descent who want to fly through Israel on their way to the West Bank. 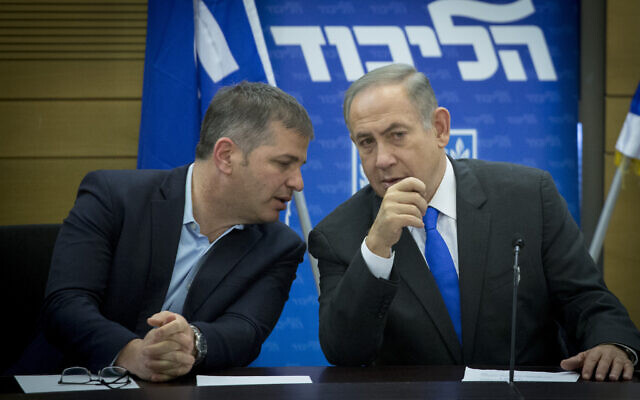 “We’re for [the Visa Waiver Program],” said the source, “but the law they want to bring, it’s just not a good law.”

Likud MK Nir Barkat told the Ynet news site that the law is “controversial,” and said it shouldn’t be passed moments before dispersing the Knesset.

“All of the laws currently being discussed, especially those that are medium and long term, need to be taken away from [the outgoing] coalition,” Barkat said.

“We all want to see visa waivers to the US, that’s not the question,” the Likud lawmaker continued. “The question is, what happens with American Palestinian citizens who want to enter Judea and Samaria? That’s where the challenge lies. We need to sit down with the Americans and discuss the security requirements… Allowing any American Palestinian to enter Judea and Samaria without a security check is problematic.”

Speaking on Army Radio, Likud MK David Bitan echoed Barkat’s comments, clarifying that “we’re not looking for a controversy with the US, but there are things we don’t think should be included in this law and that’s our right.”

He suggested that the coalition’s attempt to pass the law before the Knesset disperses was a political stunt, saying, “all parties are insisting on suggesting laws so they can get some credit before the elections.” 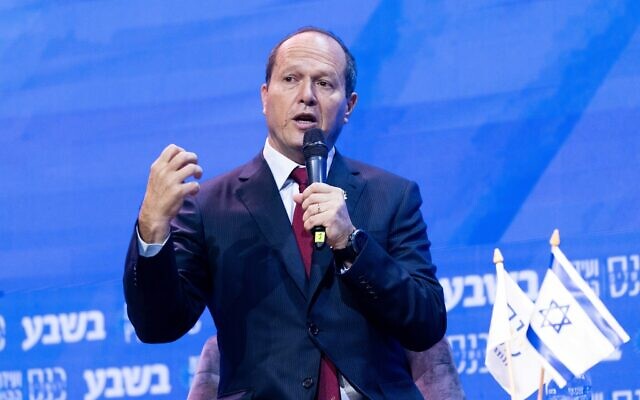 But in a rare public appeal, US Ambassador Tom Nides implored Israeli lawmakers on Tuesday to support the legislation that is critical for Israel to be able to join the US Visa Waiver Program.

He urged Israeli lawmakers to pass the bill, stressing that it would serve all Israelis.

“I’ve been working around the clock since I arrived to help Israel meet all the requirements to join the Visa Waiver Program,” Nides wrote on Twitter. “Don’t lose momentum now. This will help Israeli citizens travel to the US — put them first!”

The US Embassy in Israel went as far as reaching out to Levin and asking the opposition party not to vote against the legislation.

I’ve been working around the clock since I arrived to help Israel meet all the requirements to join the #VisaWaiverProgram. Don’t lose momentum now. This will help Israeli citizens travel to the U.S. – put them first!

It seems, however, that the Likud has doubled down on its commitment to vote against the two relevant bills in order to stymie the coalition’s attempt to advance the highly popular initiative on the eve of election season.

The Visa Waiver Program allows citizens of participating countries to visit the US without applying for and being granted a visa, which takes time and money and is by no means assured.

The two pieces of legislation in question would grant the US limited access to Israeli criminal records as well as access to information on incoming travelers — requirements for all countries that join the waiver program.

Failure to pass the legislation would likely delay entry into the program by an additional year because acceptance is based on annual visa rejection rate figures, which are collated in September.