LAS VEGAS (AP) — A high school honors student in Nevada said in federal court that he’s being bullied by students and harassed by campus administrators who search him for a gun every time someone identifies him on a state hotline that invites anonymous reports of school threats.

“I’m a student, not a threat,” Reno High School junior Lucas Gorelick, 16, told The Associated Press on Friday. “I have rights. I want people to know what is happening, and I want to ensure safety for all future students.”

A lawsuit filed Monday in the US District Court in Reno argues school district officials have violated his constitutional rights to equal protection and freedom from unreasonable search and seizure.

He said his backpack and pickup truck was searched five times in two weeks based on anonymous tips, but no weapon was found. He also noted he has been the target of other incidents he termed “bullying situations” that he traced to his Jewish heritage, his work with Democratic party candidates, and his school achievements.

Gorelick is identified by his initials in the lawsuit. The teen, his father, Jeff Gorelick, and their attorney Luke Busby agreed in separate telephone interviews to allow AP to report his name.

Jeff Gorelick characterized a state Department of Education hotline called SafeVoice — established in 2017 after approval from the Legislature — as “an unthinking system” that grants anonymity to bullies.

Thank you so much @JulianCastro for taking the time to meet with all of us today! Let’s win this! #voteblue #biden2020 pic.twitter.com/Oz2Z7e3vY1

The father compared using the system to say his son has a gun on campus to “swatting,” or hoax police calls that send authorities to an innocent person’s home. Jeff Gorelick, who owns hunting rifles, said his son does not have a key to the gun safe or own guns of his own.

It was not immediately clear Friday whether students in other states with similar tip hotlines have been targeted in the same way.

Relying on anonymous calls “gives people free rein to do abusive things to other people,” Jeff Gorelick said. “If the purpose is to provide safe schools, which I think was the intended purpose, having a little bit of control on abuse would have been a good idea.”

In a Wednesday court hearing, the day after an 18-year-old gunman killed 19 children and two teachers in a rural Texas school shooting, US District Chief Judge Miranda Du in Reno declined to issue an immediate order telling school administrators to stop the searches.

The US Supreme Court ruled in 1985 in a case from New Jersey that school officials need only “reasonable suspicion” that a student has violated the law or school rules to initiate a search. The Fourth Amendment requires “probable cause” or a warrant.

Gorelick’s lawsuit remains active, although he will graduate next month, a year early.

Du referred in comments from the bench to school violence, saying the Washoe County School District need not stop the searches even if prior threat reports were proved false, the Reno Gazette Journal reported.

School district attorney Neil Rombardo told the judge that campus administrators had a duty to take tips seriously to protect the safety of the 1,600 students at Reno High and that SafeVoice had not determined tips about Lucas Gorelick were an abuse of the system, the newspaper said.

“Which one do we not believe?” Rombardo asked, referring to tips received.

Rombardo did not immediately respond Friday to messages from AP.

Lucas Gorelick cited other examples of harassment that included his home and truck being vandalized and swastika graffiti being left on his vehicle.

Gorelick campaigned for President Joe Biden, is a campaign finance intern for US Sen. Catherine Cortez Masto, and is involved in the campaign of school board trustee Adam Mayberry. 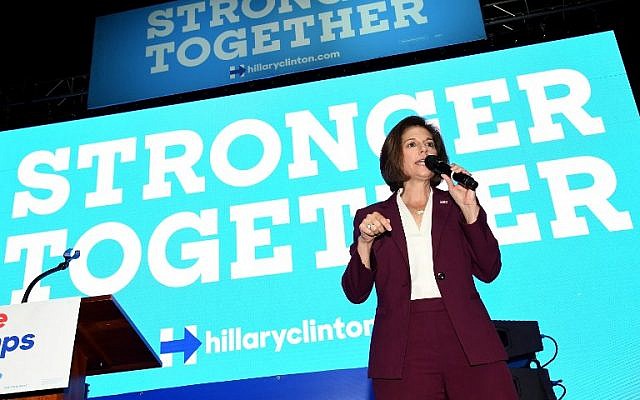 He served on a school safety committee, has spoken at school board meetings, and is a member of Students Demand Action, a national group aiming to end gun violence in schools. He said he intends to attend college. He did not specify which one.

The Nevada Department of Education said in written statements that every SafeVoice tip is “processed, taken with all seriousness, and viewed as valid.”

SafeVoice data is confidential under state law, the statement said, but a continuing “false tip sequence” can trigger a Nevada State Police investigation and disclosure of the identity of the reporting person.

“If you continue to misuse the system you may no longer be anonymous and there are potential consequences,” the statement said.

It did not say if there was an investigation of Gorelick’s case.