The move came just two days after the militia announced it would also replace its intelligence chief, following a number of high-profile killings blamed on Israel and amid reports of a foiled Iranian revenge attack in Turkey.

Little is known about the new chief Mashroueifar.

It was not clear if Jabbari would be given a new role, but Tasnim reported that the IRGC’s chief commander Hossein Salami awarded him a certificate of appreciation for his “valuable and hard-working services.”

This is a very significant move given the sensitive role of the Vali Amr Unit. Also Jabbari is considered part of the same close knit circle around Mojtaba Khamenei that Taeb was part of. Photo of Ebrahim Jabbari is below. 2/2 pic.twitter.com/3hYAtedHar

On Thursday, Hossein Taeb, the former head of the IRGC Intelligence Organization was replaced by Mohammad Kazemi.

The replacement of the intelligence chief came after the killing of a number of members of the IRGC, which is designated as a terrorist group by Iran’s arch-enemy, the United States.

It also comes after Taeb was identified by Hebrew media last week as the Iranian official behind planned attacks on Israelis in Turkey. The reports, citing Israeli security officials, said that Taeb was under intense pressure to carry out an attack, amid growing frustration in Iran over repeated Israeli successes in penetrating Iran’s most secret organizations. 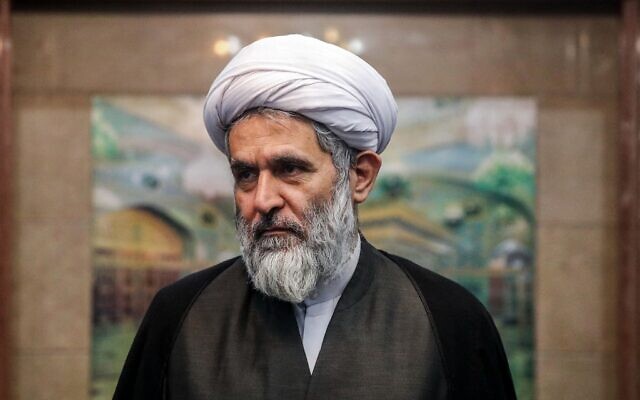 Hossein Taeb, former head of the intelligence apparatus of the Islamic Revolutionary Guard Corps (IRGC), looks on during a meeting in Tehran on June 24, 2018. (Hamed Malekpour/Tasnim News/AFP)

Iran and US ally Israel have been engaged in a years-long shadow war but tensions have ratcheted up following a string of high-profile incidents Tehran has blamed on the Jewish state.

On June 13, Ali Kamani, a member of the Guard’s aerospace division, was killed while on a mission in Khomein in the central province of Markazi, the IRGC said in a statement without elaborating.

Earlier in June, Colonel Ali Esmailzadeh, a commander of the IRGC’s external operations unit, the Quds Force, died “in an accident in his home,” according to state news agency IRNA.

And on May 22, Guards Colonel Hassan Sayyad Khodaei, 50, was killed outside his home in the east of the Iranian capital by attackers on motorbikes who shot him five times. State television in Iran said Khodaei was a member of the Quds Force and that he was “known” in Syria, where Iran has acknowledged deploying “military advisers.” 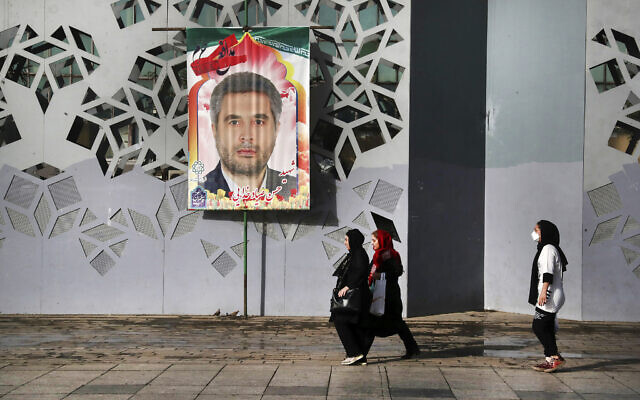 The IRGC described Khodaei as a “defender of the sanctuary,” a term used for those who work on behalf of the Islamic Republic in Syria or Iraq. The IRGC accused “Zionists” of being behind the assassination and vowed revenge.

Media outlets in Turkey on Thursday reported the arrest of eight people allegedly working for an Iranian intelligence cell that planned to kill Israeli tourists in Istanbul. An Israeli official said Friday that the Mossad spy agency and its local counterparts managed to thwart three Iranian attacks in Istanbul in recent days.