ISLAMABAD  — A US-based non-government organization devoted to promoting Muslim-Jewish relations on Friday urged Pakistan’s state-run television to hire back one of its anchors who was fired for visiting Israel with an interfaith group last month.

The plea from the Mukhayriq Initiative, which has both Muslim and Jewish members living in the United States and around the world, comes days after journalist Ahmed Quraishi was taken off the air and fired by Pakistan Television following his visit to Jerusalem, where he met with President Isaac Herzog.

Quraishi was part of a 15-member delegation of mostly Pakistani expatriates living in America that traveled to Israel. The visit came under severe criticism in Pakistan, an overwhelmingly Muslim nation with no diplomatic relations with Israel because of the Israeli-Palestinian conflict.

On Monday, Pakistan’s state-run TV tweeted that it laid off Qureshi who visited Israel in a “personal capacity.”

Among those who criticized the visit was Pakistan’s ousted former prime minister Imran Khan, a former cricket star turned Islamist politician who was voted out of office in April. Khan claimed the visit to Jerusalem was meant to pave the way for Pakistan’s eventual recognition of Israel — something the delegation denied.

The government has also said there are no plans to establish ties with Israel.

The head of the delegation, Anila Ali, a Pakistani-born US citizen living in Washington, defended the visit, telling The Associated Press earlier this week that they only sought to reconcile Muslims and Jews. 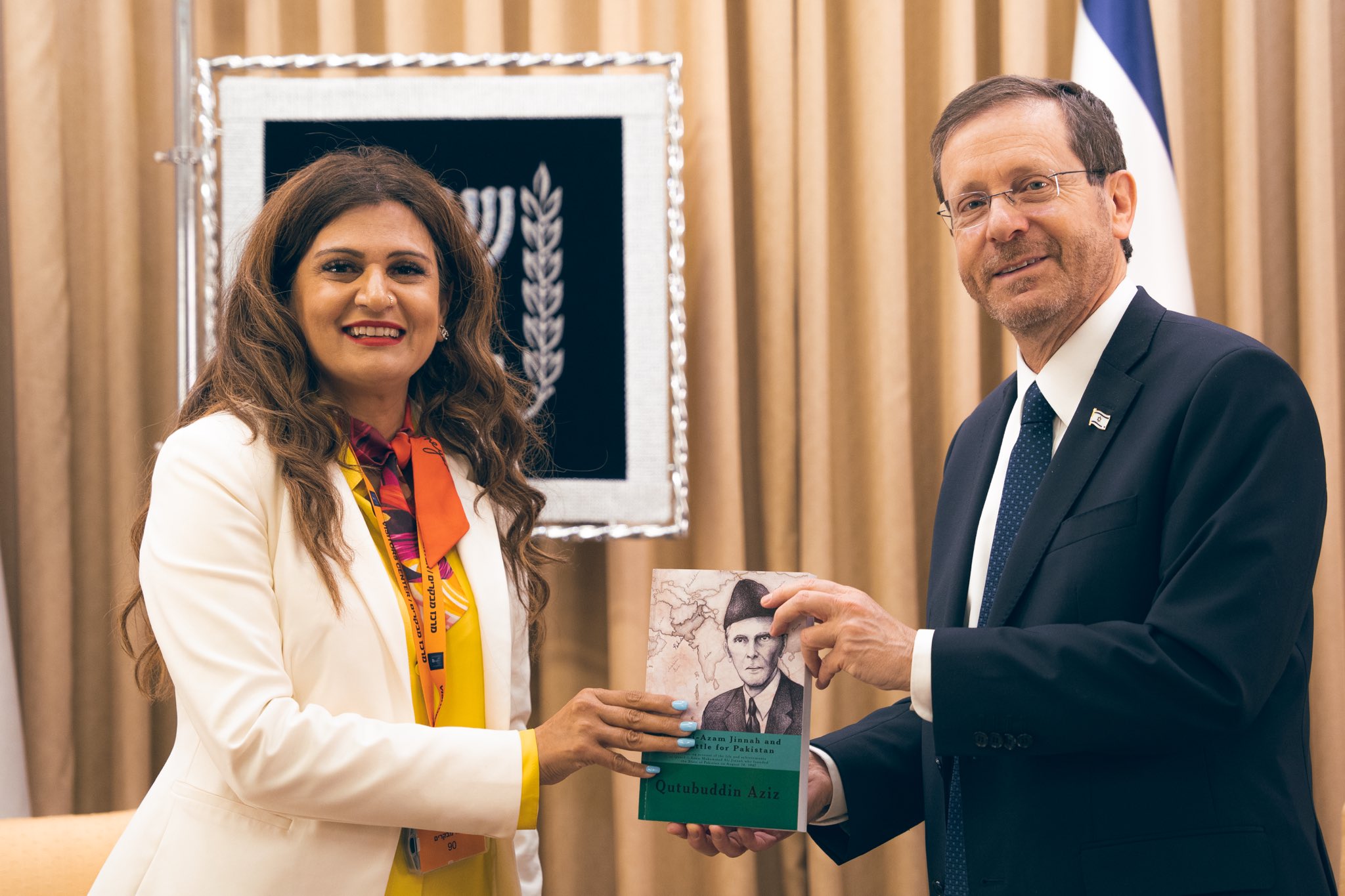 Pakistani-American Anila Ali gives a book to President Isaac Herzog during a rare trip by a Pakistani national to Israel in May. (Twitter)

The Mukhayriq Initiative’s managing director, Ellie Cohanim, said Friday that Quraishi became “the target of a political agenda for doing nothing more than his job as a journalist.”

She told the AP that after criticism from Khan, “Quraishi began to receive threats to his life” — even though he was only doing the “job of any good journalist, [which is] to seek information on the ground, and to understand issues first-hand.”

Later Friday, Quraishi reiterated in a message sent to the AP that his visit was one “by private individuals, with no direct links to Pakistan and its policies, and covered by me as an independent journalist that works in Pakistan and the region.”

“For any political party to politicize this for temporary political benefit is unfortunate,” he added.

Cohanim said the Mukhayriq Initiative is a new NGO that “seeks to build on the shared history and shared values that bring Muslims and Jews together, knowing that united our peoples can write a new chapter of an ancient relationship.”

Israel and Pakistan have made overtures to each other in the past, most notably when the country’s foreign ministers met in Istanbul in 2005 following Israel’s withdrawal from the Gaza Strip. But there hasn’t been any major public push to bring the countries closer, even as Israel has tightened ties in recent years with Pakistan’s rival, India.

According to Pakistan’s national database, there are 745 registered Jewish citizens in Pakistan, which has a population of at least 220 million.