The Israel Defense Forces on Tuesday announced that it would open more combat roles to female fighters, beyond the mixed-gender light infantry units where some already serve.

The decision means women joining the IDF will be able to serve in elite search and rescue and combat engineering units, and will likely serve as a litmus test for military planners who say more roles may be opened in the future depending on the success of integration in these units.

The move follows the recommendations of an internal committee that called on the military to open new combat roles to female recruits, subject to them passing various special physical and mental screenings.

The committee was formed by the IDF in 2020 to evaluate the integration of women in additional combat roles in the military, after four female recruits petitioned the High Court of Justice for the right to try out for combat units that are currently open only to men. It was led by then-commander of the IDF Ground Forces Maj. Gen. Yoel Strick.

Women will now be able to serve in combat positions in the elite helicopter-borne search and rescue Unit 669 (which was announced last week), in the elite Yahalom combat engineering unit, and as drivers in an infantry brigade to be determined at a later date.

The committee estimated that there were likely dozens of potential female recruits who meet the physiological thresholds required for certain roles in infantry units, but decided to allow them to serve first only as drivers, in order to put their theory to the test. The potential drivers will need to meet the requirements necessary for infantry troops.

The panel, explaining the relatively modest expansion, said it did not think more than a handful of women would meet the tough physiological requirements for other roles in elite combat units. 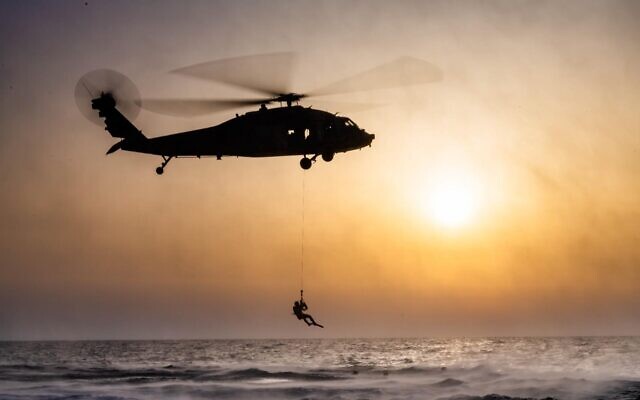 Soldiers from the Israeli Air Force’s elite Unit 669 take part in an exercise in an undated photograph. (Israel Defense Forces)

In Unit 669, female troops must pass screenings “to ensure that the unit continues to meet its operational tasks at the required quality,” according to the IDF.

In Yahalom, the IDF said, female troops will serve in positions related to bomb disposal and other “unique missions.”

Both units will begin to recruit female troops within a year, according to IDF estimates.

The plan to have women serving as combat drivers in an infantry unit is subject to recruiting a sufficient number of troops, and learning from the recruitment process in Unit 669 and Yahalom, the IDF said, so that plan may take longer.

Women serve in a variety of roles in the IDF, in many cases alongside male counterparts. There are also fully integrated mixed-gender combat units such as the Caracal and Bardelas battalions, which are tasked with protecting Israel’s border with Egypt and Jordan, respectively.

In the Air Force, women and men serve together in the air defense units, including the Iron Dome — technically considered a combat unit.

Additionally, the committee recommended that several units in which women de facto serve alongside men, or are not prevented from doing so — including several Navy roles — be listed as officially open for women. 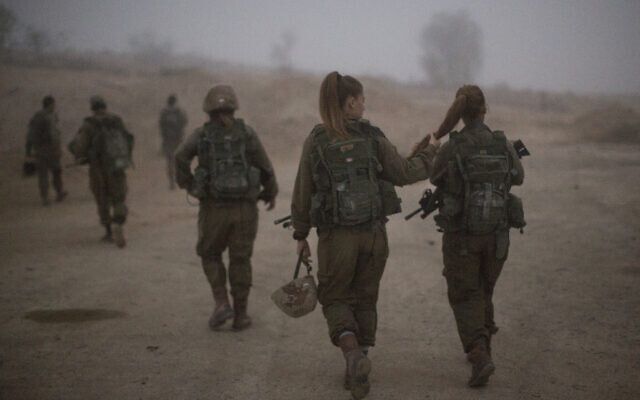 IDF Chief of Staff Aviv Kohavi accepted the committee’s conclusions and recommendations, “stating that they combine the [military’s] professional and operational requirements, leading to optimal utilization of human capital, alongside maintaining the health of the troops,” the military said in a statement.

“The committee’s recommendations will be implemented in a professional and gradual manner,” the IDF added.

The army has insisted in the past that it is allowing more women to serve in combat positions out of practical considerations, not due to a progressive social agenda, saying it requires all the woman- and manpower available to it. 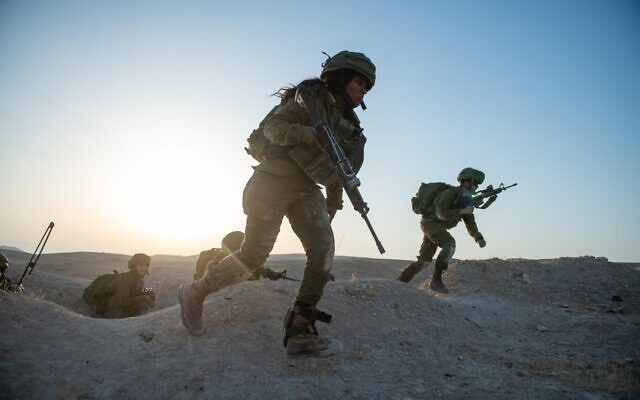 Illustrative: Female soldiers during training, in an undated photography published by the military on Jun 7, 2022. (Israel Defense Forces)

Critics of gender integration in the military often decry it as a dangerous experiment with potential ramifications for national security, while defenders generally hail it as a long-needed measure that puts Israel on par with other Western countries.

Last week, a group of senior rabbis from the national religious camp signed on to a statement urging Kohavi to cease efforts to draft women into combat units alongside men.

Detractors note that some requirements for the female combat soldiers have been lowered — which they say is a sign that effectiveness is being sacrificed — and that servicewomen suffer stress injuries at a higher rate.

The High Court delayed ruling on the case of the four female recruits until the military finalized the committee it was forming on the matter. The IDF on Tuesday submitted an updated response to the court, with the full details of the committee’s recommendations.