Leaders of the opposition’s right-religious parties said Monday that they will not support any upcoming coalition legislation, reaffirming their commitment to topple the ailing government.

The assembled heads of the Likud, Shas, United Torah Judaism, and Religious Zionism parties — who call themselves the “national camp” — said that their goal is to form an alternative government headed by opposition leader Benjamin Netanyahu from within the existing Knesset, and if not, to press for elections.

The opposition leaders — sans the majority-Arab Joint List party — accused the current government of relying on “terror supporters” in the Islamist Ra’am party, being bad for Judaism and the economy, and being unable to handle the “existential threat” posed by a nuclear Iran.

“We won’t help them, they need to go,” said Netanyahu, saying the coalition was a sinking ship. “We won’t fall into the trap that each time we’ll save them.”

Of the current government’s difficulty in passing bills, Religious Zionism leader Bezalel Smotrich similarly said that all outside support would end. 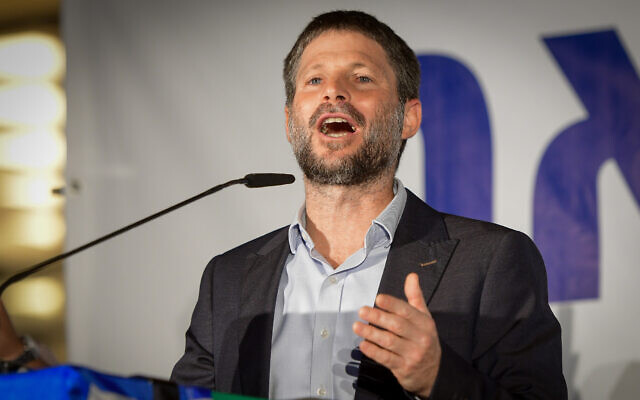 Head of the Religious Zionist Party MK Bezalel Smotrich speaks during a rally against the government in Tel Aviv, November 2, 2021. (Avshalom Sassoni/Flash90)

Although he left Knesset as part of a plea deal earlier this year, Deri continues to run the religious Sephardi party.

Deri added that the national camp wants to reshuffle seats within the current Knesset to form an alternative government headed by Netanyahu.

“That’s our goal, that’s where we’re heading,” he said.

The statement was well-timed, as the coalition is expected to bring to vote Monday a bill required to renew the extension of Israeli law over the West Bank for another five years — a measure ideologically supported by all of the national camp heads.

Since losing its majority in early April and weathering several temporary defections in the ensuing two months, the coalition has struggled to gain a Knesset majority to pass its legislative agenda. This has become especially complicated with laws relating to security, which Ra’am has found it politically difficult to support.

Earlier on Monday, the coalition’s latest rebel — Blue and White MK Michael Biton — ended his strike and pledged to return to voting with the coalition, which sits at a 60-60 seat parity with the opposition. 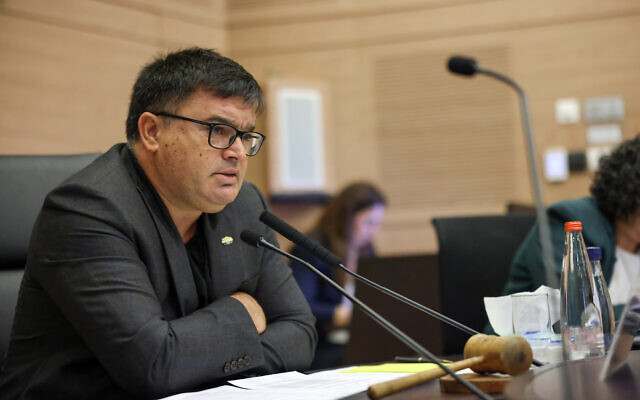 Blue and White MK Michael Biton chairs a meeting of the Knesset Economic Committee on May 25, 2022. (Knesset Spokesperson/Noam Moskowitz

Lacking a majority, the coalition has sought to rely on opposition support, often given in the form of vote abstention.

Only last week, the Netanyahu-led Likud came to a compromise with the coalition in order to pass a broadly popular bill to fund scholarships for recent army veterans. Although Likud ideologically supported the measure, its leadership initially decided to kill the measure, causing a mini-rebellion within the party. Ultimately, however, a solution was found: A Likud suggestion to raise the funding level was added to the bill, which then passed via the abstention of the right-religious bloc.

Earlier this year, right-religious opposition parties lent their support to a coalition-sponsored bill to renew a ban on most Palestinians who marry Israelis from obtaining permanent residency, dubbed the “Citizenship Law.”