The recently appointed head of the semi-governmental volunteer organization Shalom Corps was facing possible termination Thursday after he was found to have levied repeated personal attacks against senior health officials throughout the coronavirus pandemic, including referring to them as “killers” and “murderers.”

On his personal Twitter account, Alon Beer, who was named CEO of the Shalom Corps last month, was found to have also spread what could be considered conspiracy theories about the COVID-19 vaccine.

The Shalom Corps, inspired by the United States’ Peace Corps, is an initiative that is jointly funded by the Diaspora Ministry, the Jewish Agency and Mosaic United.

Beer was summoned for a hearing over the comments, The Jewish Agency said. He faces possible firing or other punitive measures.

“The Jewish Agency announces that the board of Shalom Corps agreed to hold an immediate hearing for Alon Beer, alongside a thorough and extensive investigation into the hurtful comments attributed to him,” the Jewish Agency said in a statement.

Beer’s comments, which were made in 2020 and 2021, were brought to light by the Yedioth Ahronoth newspaper on Thursday.

Mosaic United, a Jewish philanthropic organization, said it had not been aware of Beer’s numerous tweets against Health Ministry civil servants when it reviewed his application for the CEO position. Beer was one of 170 candidates for the role.

“We were previously unaware of these statements. We take this issue seriously, and it is under review,” the organization said in a statement.

The Diaspora Ministry did not immediately respond to a request for comment.

“We were unaware of his statements and we are therefore reconsidering Beer’s employment until a full and comprehensive investigation is completed,” the Jewish Agency said.

“We want to stress that hurtful diatribes against public servants is not acceptable to us, particularly when those public servants are in the health and medical systems, whose dedication and commitment we appreciate and see as miraculous,” the organization said. 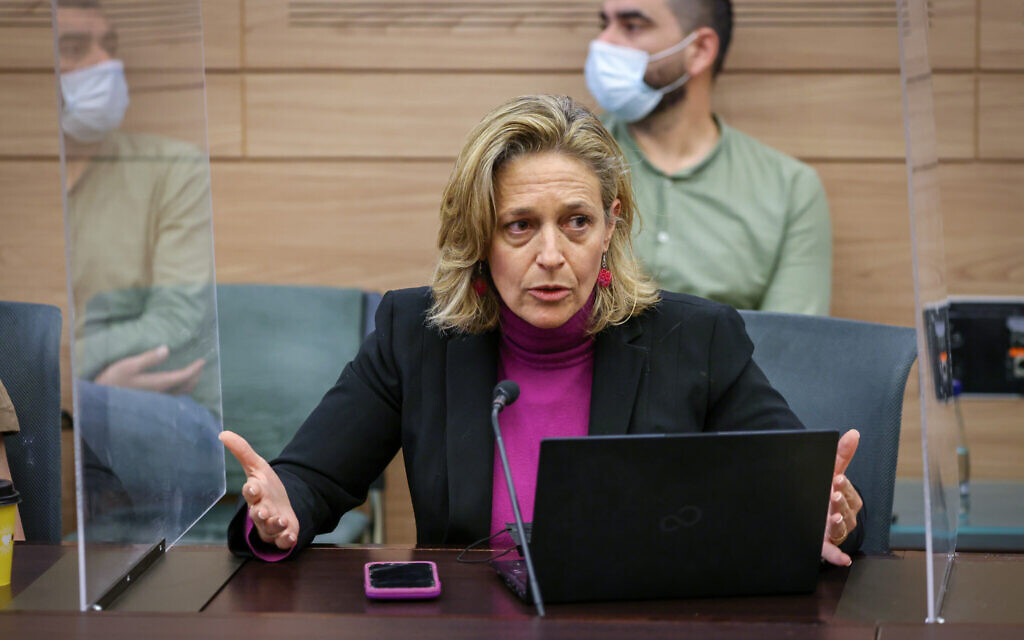 Most of Beer’s vitriol was directed against Dr. Sharon Alroy-Preis, the head of public health services at the Health Ministry, which was responsible for crafting much of the country’s coronavirus-related policies, including lockdowns, mask requirements and vaccinations — all of which Beer took issue with.

Beer was a founder of an organization known as the Public Emergency Council, a group made up of academics and medical professionals who generally oppose the government’s COVID-19 policies.

Alroy-Preis, one of the government’s top COVID-19 advisers, was and continues to be a regular target of harassment and vicious criticism as it relates to the coronavirus pandemic. She has regularly been given a security detail due to repeated threats against her.

In his tweets, Beer called Alroy-Preis a liar and insinuated she had entered into a corrupt arrangement with the Pfizer pharmaceutical company, which produced the most common coronavirus vaccine used in Israel.

“Galia Rahav burned Israel. The blood of thousands are on her hands,” he wrote in a March 5, 2021, tweet.

Beer also repeatedly cast doubts on the safety and efficacy of the coronavirus vaccine, making unsubstantiated claims that it caused fertility issues and other health problems.

Beer defended his tweets, telling Yedioth Ahronoth that they were legitimate criticism.

“Luckily, we live in a democratic country, where you are still allowed to express positions that are against the position of the state,” he told the newspaper.

Beer also denied opposing the vaccine, noting that he and other members of the Public Emergency Council had been vaccinated.

Before joining the Shalom Corps, Beer served as the head of Israel Society for International Development, an umbrella organization bringing together different groups that focus on international development and humanitarian aid.