NEW YORK (AP) — Lev Parnas, an associate of Rudy Giuliani who was a figure in president Donald Trump’s first impeachment investigation, was sentenced Wednesday to a year and eight months in prison for fraud and campaign finance crimes.

Parnas, who had helped Giuliani connect with Ukrainian figures as part of a campaign to dig up dirt on President Joe Biden’s son, had sought leniency on the grounds that he’d helped the congressional probe.

But prosecutors said the Soviet-born businessman’s aid was in response to a subpoena and deserved little credit.

Instead, they asked the judge to focus on a jury’s finding that Parnas used the riches of a wealthy Russian to make illegal donations to politicians who might aid the launch of a legal recreational marijuana business.

Prosecutors had asked that Parnas be sentenced to more than six years.

An October conviction also supported a finding that he made illegal donations in 2018 to jump-start a new energy company. 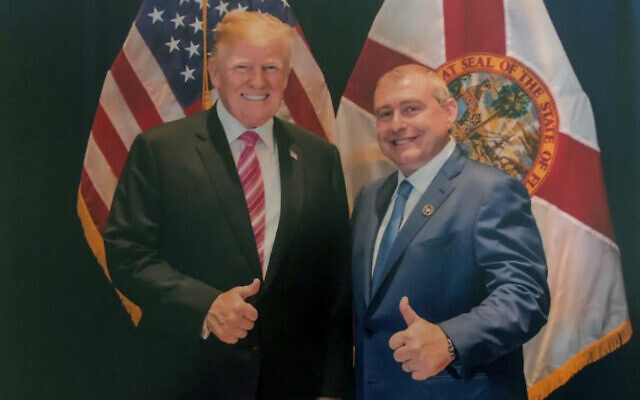 In March, Parnas pleaded guilty to conspiring to commit wire fraud, admitting that between 2012 and 2019 he conspired with another person to give investors false information about a Florida-based business, Fraud Guarantee.

Fraud Guarantee was promoted as a company that could protect investors against fraud. Giuliani accepted $500,000 from the company to act as a consultant, but was not accused of wrongdoing or charged with any crimes.

He said he doesn’t blame Giuliani for his connection to a business that never seemed to get off the ground, but instead blames Parnas, saying Parnas “ran out of money and needed to keep his relationship with Giuliani alive.” Gucciardo said that instead of working on the Fraud Guarantee business, Parnas “left to do marijuana work in Las Vegas.”

Dianne Pues said Parnas “destroyed my life.” Pues and her husband weren’t part of the campaign finance case, but they had pursued Parnas in civil court for years after he failed to repay money they had loaned him to produce a movie called “Anatomy of an Assassin.” 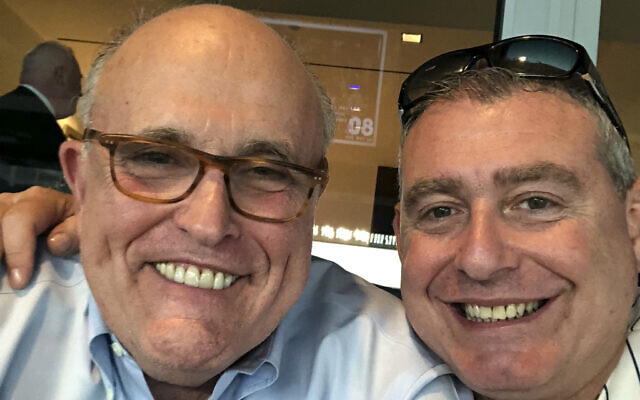 Then a sobbing Parnas, who shook his head as some of the victims spoke, cried as he apologized to his victims, sometimes turning around to try to look at them as he spoke.

“I want to apologize to all the victims that I hurt. These are all people who are my friends, all people who trusted me and I lied to them to further my personal agenda,” Parnas said.

Then, turning around to face Gucciardo, Parnas offered a direct apology.

“I’d like to apologize to Mr. Gucciardo. Even though I never spent a dollar of his money. I lied to him and used our friendship. Charles, I am sorry,” he said.

The criminal case against Parnas was not directly related to his work acting as a fixer for Giuliani as the former New York City mayor tried to get Ukrainian officials to investigate Biden’s son, Hunter, before he was elected president.

Giuliani, who was working at the time as a personal lawyer for then-president Donald Trump, has said he knew nothing about the crimes of Parnas and others. 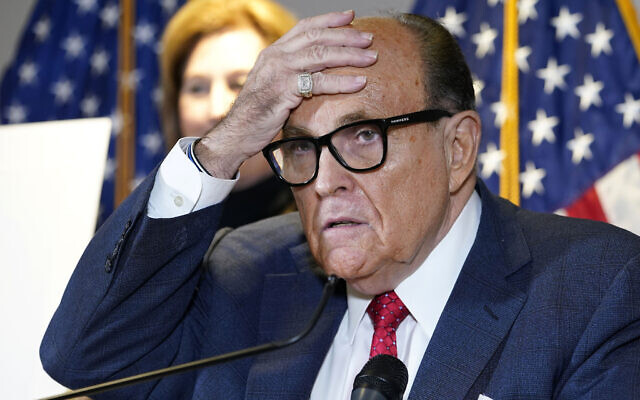 The former New York City mayor has not been criminally charged but he is being investigated to determine whether he violated a federal law that governs lobbying on behalf of foreign countries or entities.

In presentence papers, defense lawyers criticized prosecutors for rejecting attempts by Parnas to cooperate in return for leniency at sentencing, saying the government used statements from Parnas only to “thwart his potential trial testimony.”

In a submission of their own, prosecutors said they rejected Parnas as a potential cooperator because his information “was not fully credible and in material respects was plainly contradicted by the evidence.”

Parnas was born in Ukraine’s Odesa in 1972 to a Jewish family. He moved to the US with his family at the age of 3, eventually settling in Brooklyn, New York. He has been involved in several Jewish causes throughout his career.

According to the Jewish Telegraphic Agency, Parnas held close ties with multiple Jewish figures and organizations, including some of Ukraine’s most prominent rabbis.

He was also honored with an award from the National Council of Young Israel, a prominent Orthodox synagogue association, six months before his arrest.