WASHINGTON (AP) — Former Trump White House official Peter Navarro has been indicted on charges that he refused to cooperate with a congressional investigation into the January 6 attack on the US Capitol, but the Justice Department spared two other advisers, including the ex-president’s chief of staff, Mark Meadows, from criminal prosecution.

The department’s decision to not prosecute Meadows and Dan Scavino, another adviser to former US president Donald Trump, was revealed in a letter sent Friday by a federal prosecutor to a lawyer for the House of Representatives. The move was reported hours after the indictment of Navarro and a subsequent, fiery court appearance in which he vowed to contest the contempt of Congress charges.

The flurry of activity comes just days before the House committee leading the investigation into the riot at the Capitol holds a primetime hearing aimed at presenting the American public with evidence it has collected about how the assault unfolded. The split decisions show how the Justice Department has opted to evaluate on a case-by-case basis contempt referrals it has received from Congress rather than automatically pursue charges against each and every Trump aide who has resisted congressional subpoenas.

The committee’s leaders called the decision to not prosecute Meadows and Scavino “puzzling.” In a statement late Friday, Reps. Bennie Thompson, a Mississippi Democrat, and Liz Cheney, a Wyoming Republican, said: “We hope the Department provides greater clarity on this matter… No one is above the law.”

Though the Justice Department has referred multiple Trump aides for potential prosecution for refusal to cooperate, Navarro is only the second to face criminal charges, following the indictment last fall of former White House adviser Steve Bannon.

During an initial court appearance, he alleged that the Justice Department had committed “prosecutorial misconduct” and said he was told he could not contact anyone after being approached by an FBI agent at the airport Friday and put in handcuffs. He said he was arrested while trying to board a flight to Nashville, Tennessee for a television appearance.

“Who are these people? This is not America,” Navarro said. “I was a distinguished public servant for four years!”

Each charge carries a minimum sentence of a month in jail and a maximum of a year behind bars. 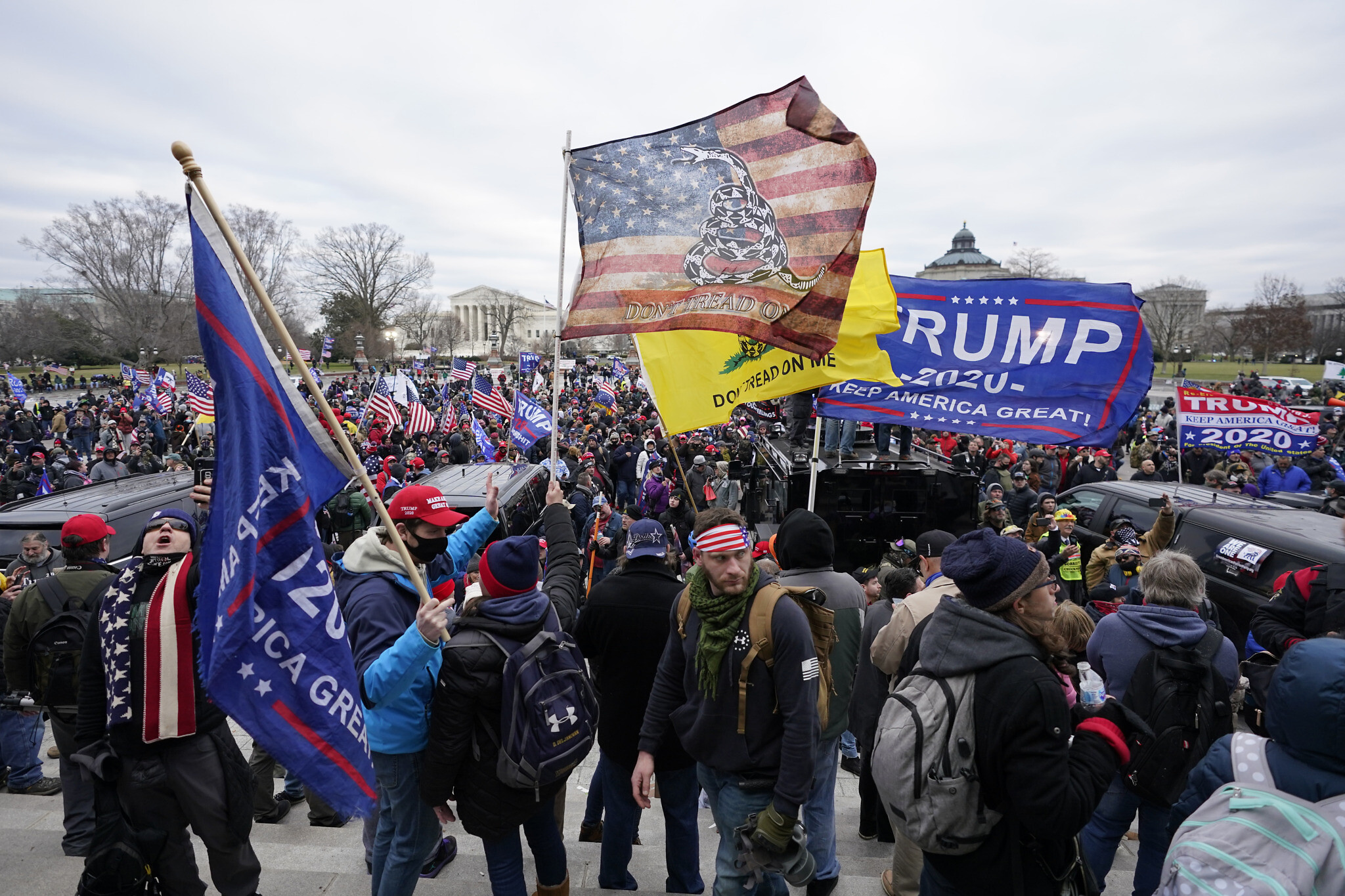 The Justice Department and Attorney General Merrick Garland had been facing pressure to move more quickly to decide whether to prosecute other Trump aides who have similarly defied subpoenas from the House panel.

The New York Times first reported on the decision to not charge Meadows and Scavino. A person familiar with the decision who was not authorized to discuss it publicly confirmed it to The Associated Press on Friday. The US Attorney’s office in Washington, which made the decisions regarding each of the Trump aides, declined to comment Friday.

Meadows, a close Trump adviser seen by House investigators as a vital witness to key events, initially cooperated with the committee, turning over more than 2,000 text messages sent and received in the days leading up to and of the attack. But in December, Meadows informed the committee that he would not sit for a deposition. Scavino was held in contempt in April after declining to cooperate with Congress.

A lawyer for Meadows did not immediately return messages Friday night. Stan Brand, an attorney representing Scavino, said he had not yet received the letter from the US attorney’s office, but he’d heard the news through a third party. “I’m grateful that the Justice Department exercised their discretion to decline prosecution,” Brand said.

The indictment against Navarro alleges that when summoned to appear before the committee for a deposition earlier this year, he refused to do so and instead told the panel that because Trump had invoked executive privilege, “my hands are tied.” 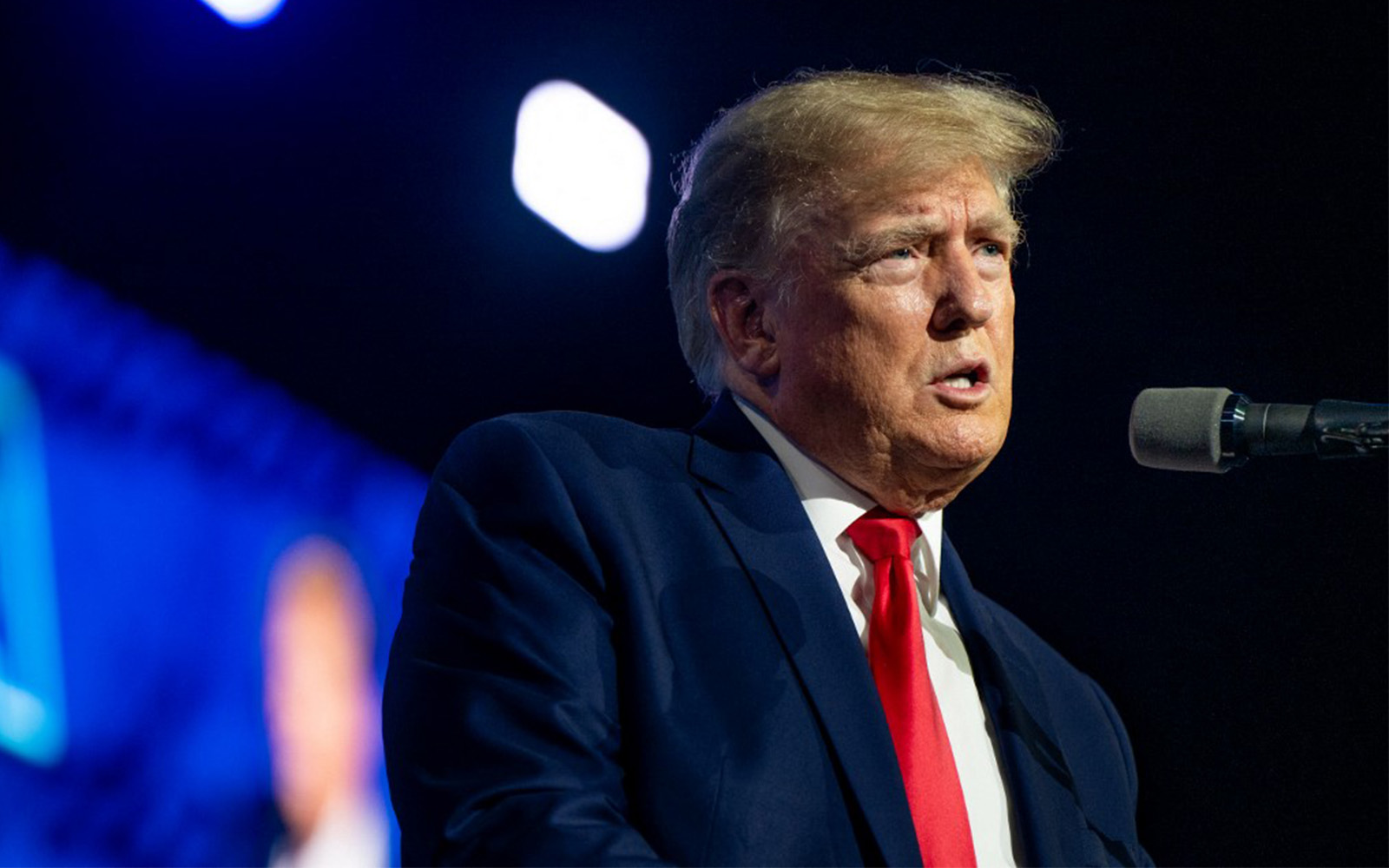 After committee staff told him they believed there were topics he could discuss without raising any executive privilege concerns, Navarro again refused, directing the committee to negotiate directly with lawyers for Trump, according to the indictment. The committee went ahead with its scheduled deposition on March 2, but Navarro did not attend.

The indictment, dated Thursday, came days after Navarro revealed in a court filing that he also had been subpoenaed to appear before a grand jury this week as part of the Justice Department’s sprawling probe into the insurrection. The subpoena to Navarro, a trade adviser to Trump, was the first known instance of prosecutors seeking testimony from someone who worked in the Trump White House as they investigate the attack.

“This was a preemptive strike by the prosecution against that lawsuit,” Navarro told Magistrate Judge Zia Faruqui during his court appearance. “It simply flies in the face of good faith and due process.”

Navarro made the case in his lawsuit Tuesday that the House select committee investigating the attack is unlawful and therefore a subpoena it issued to him in February is unenforceable under law. He sued members of the committee, Speaker Nancy Pelosi, a California Democrat, and the US attorney in Washington, Matthew M. Graves, whose office is now handling the criminal case against him.

In an interview with The Associated Press this week, Navarro said the goal of his lawsuit is much broader than the subpoenas themselves, part of an effort to have “the Supreme Court address a number of issues that have come with the weaponization of Congress’ investigatory powers” since Trump entered office.

Members of the select committee sought testimony from Navarro about his efforts to help Trump overturn the 2020 presidential election, including a call trying to persuade state legislators to join their efforts.

The former economics professor was one of the White House staffers who promoted Trump’s false claims of mass voter fraud. Trump, in turn, promoted a lengthy report Navarro released in December 2020, which Navarro falsely claimed contained evidence of the alleged misconduct and election fraud “more than sufficient” to swing victory to his former boss.

Despite the opposition from several Trump allies, the January 6 panel, comprised of seven Democrats and two Republicans, has managed to interview more than 1,000 witnesses about the insurrection in the past 11 months and is now preparing for a series of public hearings to begin next week. Lawmakers on the panel hope the half-dozen hearings will be a high-profile airing of the causes and consequences of the domestic attack on the US government.