Israel and Europe are natural partners because of their democratic values and shared past, European Commission chief Ursula von der Leyen said Tuesday morning in a speech at Ben-Gurion University in Beersheba.

The German politician, who has headed the European Union’s executive arm since 2019, spoke after being granted an honorary doctorate from the university.

“The strongest bond we share is our belief in democracy and in democratic values,” she said, praising the legacy and vision of Israel’s first prime minister, David Ben-Gurion.

Von der Leyen added that she, as a young girl, had been inspired by Golda Meir, who served as Israel’s prime minister from 1969 to 1974.

“Democracy has strengthened our special bond of friendship through the decades,” she added. “Today more than ever before, democracies like Europe and Israel should come closer together.” 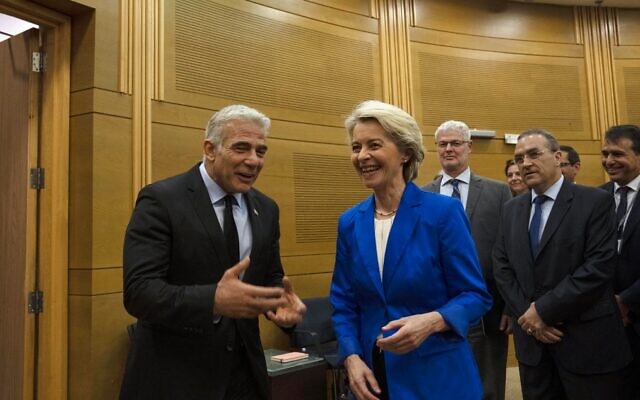 Von der Leyen portrayed the Russian invasion of Ukraine as an assault on democracy itself, and praised Israel’s humanitarian aid and welcoming of some Ukrainian refugees.

She pivoted to Europe’s dangerous dependency on Russian natural gas and oil, and called for increased energy cooperation between Israel and Europe.

“The Kremlin has used our dependency on Russian fossil fuels to blackmail us,” she said. “Since the beginning of the war, Russia has deliberately cut off its gas supplies to Poland, Bulgaria and Finland, and Dutch and Danish companies, in retaliation for our support to Ukraine.”

But Moscow’s conduct “only strengthens our resolve to break free of our dependence on Russian fossil fuels,” she said, noting the EU was “exploring ways to step up our energy cooperation with Israel,” with work on an underwater power cable and a gas pipeline in the eastern Mediterranean.

“This is an investment in both Europe’s and Israel’s energy security,” she said.

So honored to receive an honorary doctorate from @bengurionu.

An oasis of knowledge in the heart of the Negev desert.

After announcing in December that Israel would not pursue new gas exploration in 2022 in the name of developing renewable energy, Energy Minister Karine Elharrar has since backed off that policy, and now says Israel can help meet EU demand if it can deliver gas from its offshore reserves estimated at nearly 1,000 billion cubic meters.

In talks with Elharrar on Monday, von der Leyen reiterated “the EU need for Israeli gas,” the minister’s spokesperson said. 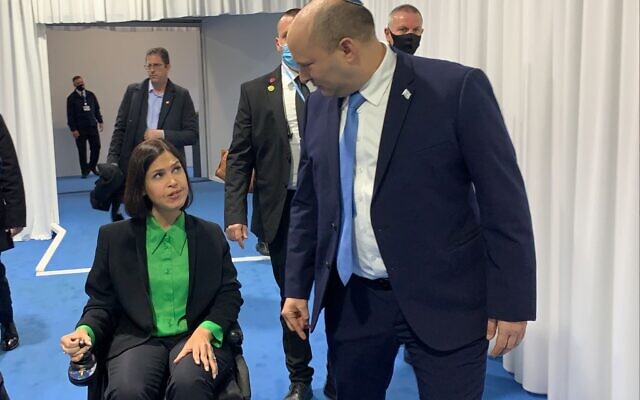 Prime Minister Naftali Bennett enters the COP26 conference in Glasgow, Scotland, with Energy Minister Karine Elharrar, a day after she was unable to enter because of lack of handicapped accessiblity (courtesy)

For now, the prospect of getting Israeli gas to Europe is fraught with challenges and would require major long-term infrastructure investments.

With no pipeline linking its offshore fields to Europe, one option, for now, is piping natural gas to Egypt, where it could be liquified for export by ship to Europe. Another possible scenario is building a pipeline to Turkey.

A third option is the EastMed project that von der Leyen referenced, a proposal for a seafloor pipeline linking Israel with Cyprus and Greece. Experts have, however, raised concerns about the cost and viability of the project.

In her speech, von der Leyen condemned European antisemitism as well. She emphasized that Europe would not be what it is today without Jews, saying that “Europe is the values of the Talmud, the Jewish sense of personal responsibility, of justice and solidarity.” 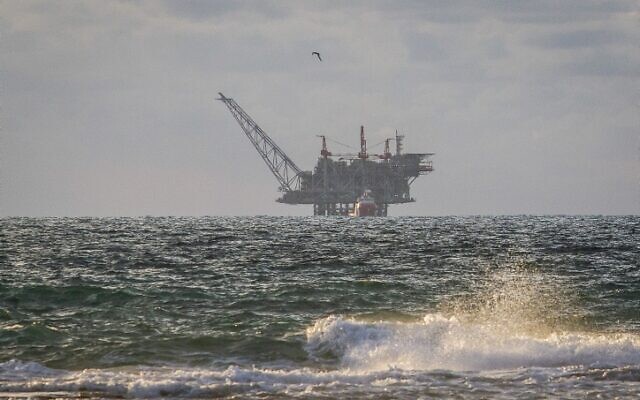 “Antisemitism has not disappeared,” she continued. “It still poisons our societies. And antisemitic attacks happen, today, in Europe. It is a new threat and it is the same old evil.”

Von der Leyen closed with a broad warning — and perhaps a subtle dig at Israel — that democracies risk backsliding, pointing at illiberal trends in Europe and threats to “minority rights and coexistence here in the region.”

“Democracies must have room for everyone, including those who think differently, who believe differently or come from a different origin,” she said.

“Long live Europe, Am Israel Chai,” she finished, using the Hebrew term for “The nation of Israel lives.” 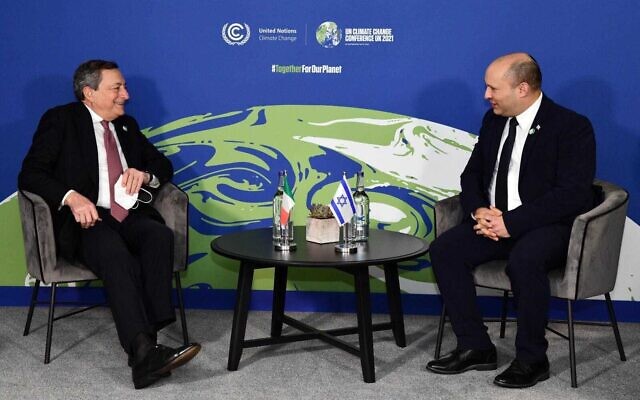 Von der Leyen landed in Israel on Monday with Italian Prime Minister Mario Draghi. Both leaders were due to hold energy talks in Israel, which has turned from a natural gas importer into an exporter in recent years.

The EU this month formally adopted a ban on most Russian oil imports, its toughest sanctions yet over the war in Ukraine. Von der Leyen has suggested the bloc end its dependence on Russian hydrocarbons, including gas, by 2027.

Draghi and other EU leaders have warned European customers may need protection as energy costs continue to rise.

Ahead of von der Leyen’s visit, European Commission spokeswoman Dana Spinant told reporters to “stay tuned for announcements that we are going to make on energy cooperation with Israel and other partners in the region.” 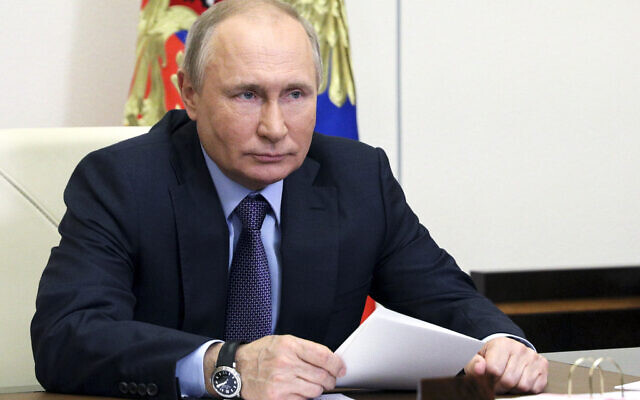 Both leaders will meet Palestinian Authority Prime Minister Mohammed Shtayyeh on Tuesday in the West Bank.

Israel’s ties with the EU frayed during former prime minister Benjamin Netanyahu’s tenure over the lack of movement on the Palestinian issue. Relations have slowly improved over the last year since the new Israeli government was sworn in, with Lapid leading the effort. However, an Association Council – in which the EU and Israel are bound by legal agreement to discuss matters of mutual concern every year – has not been convened, and does not look like it will in the near future.

Projects beyond the June 1967 lines — in East Jerusalem, the West Bank, and the Golan Heights — are not eligible for funding. As with Israel’s agreement with the EU on joining the Horizon Europe R&D funding program, a clause was added stating that Israel does not accept the EU’s definition of territory beyond the 1967 lines as illegal settlements.