Ben & Jerry’s will continue to be sold in Israel and the West Bank, after the Israeli franchise came to an agreement with the ice cream maker’s parent company Unilever following a year of legal battling over a settlement boycott, the two sides announced on Wednesday.

Israel and its supporters hailed the decision as a major victory against the anti-Israel Boycott, Divestment and Sanctions (BDS) movement.

Unilever has sold its Ben & Jerry’s business interests in Israel to Avi Zinger, the Israeli manufacturer and distributor of the brand, and will allow the product to be sold under its Hebrew and Arabic names in Israel and the West Bank. Zinger previously operated under Unilever’s umbrella.

Following last year’s May war between Israel and Gaza terror groups, Ben & Jerry’s said it would no longer allow its ice cream to be sold in Israeli settlements, setting off a firestorm of criticism and a series of major divestments in Unilever as multiple US states obeyed laws against the anti-Israel BDS movement.

Zinger then sued Ben & Jerry’s and Unilever in US federal court in March, claiming the companies had unlawfully terminated their business relationship with him.

Unilever and the Brandeis Center, which represented Zinger, announced Wednesday that they had reached a deal to settle the case.

The UK-based conglomerate said it has “listened to perspectives on this complex and sensitive matter” and had consulted with the Israeli government. 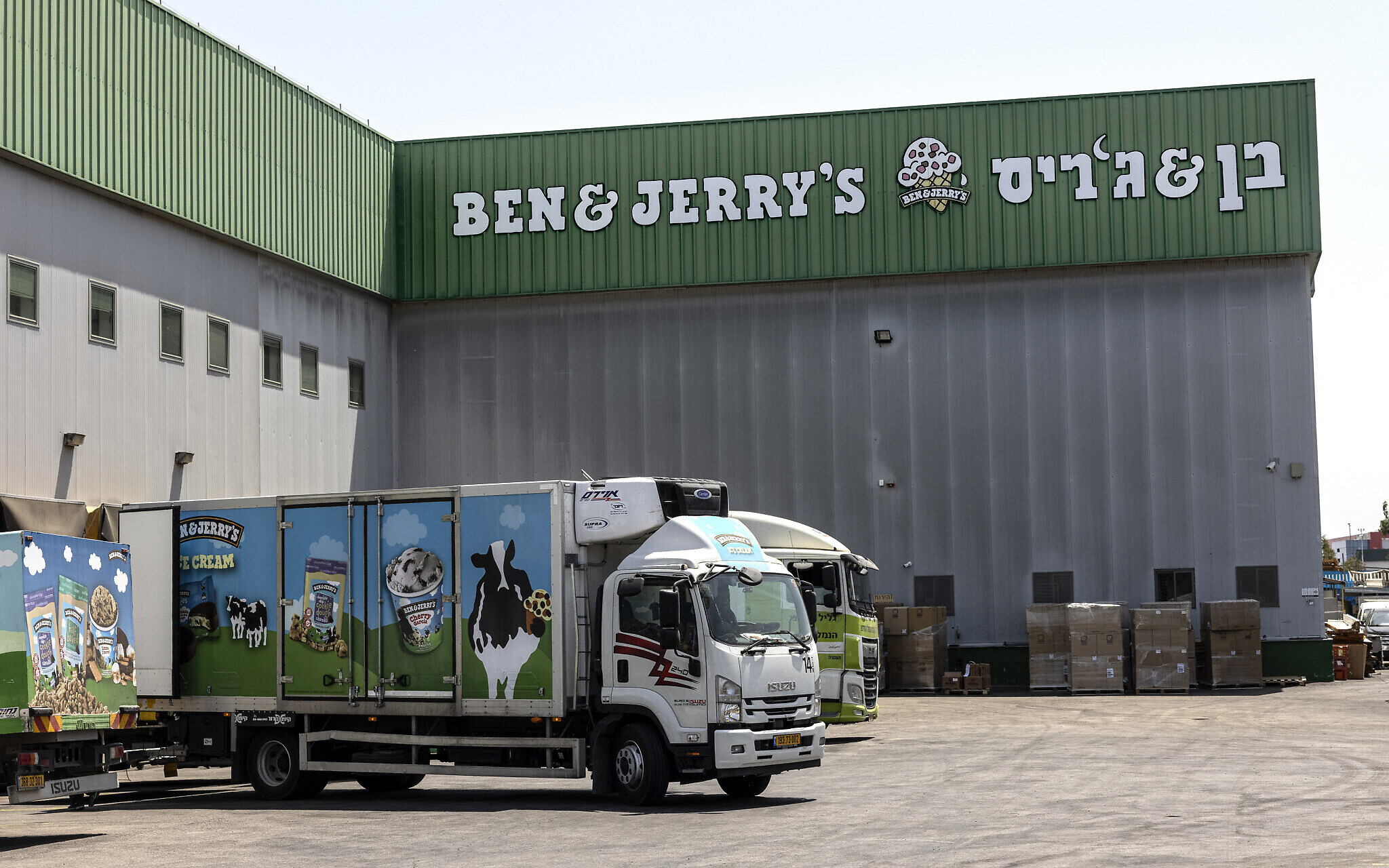 The company said it rejects antisemitism and employs around 2,000 people in Israel at four manufacturing plants. Besides Ben & Jerry’s, the company sells a range of other products, including Strauss ice cream, in Israel and the West Bank.

“This is a victory for those who seek cooperation and coexistence, and a resounding defeat for discrimination. It is particularly significant for those who have stood united against BDS,” Zinger said in a statement.

“The antisemites will not defeat us,” Lapid said. “Today’s victory is for all those who know that the struggle against BDS is first and foremost for advancing partnership, conversation and an ongoing struggle against discrimination and hate.”

“We will fight against the delegitimization and boycott movement in all places,” Lapid said.

The boycott announcement came after a heavy pressure campaign from anti-Israel and progressive activists. The decision sparked uproar in Israel and among some US Jewish groups, many of whom called it antisemitic, since the company has no boycotts against any other area of the world. 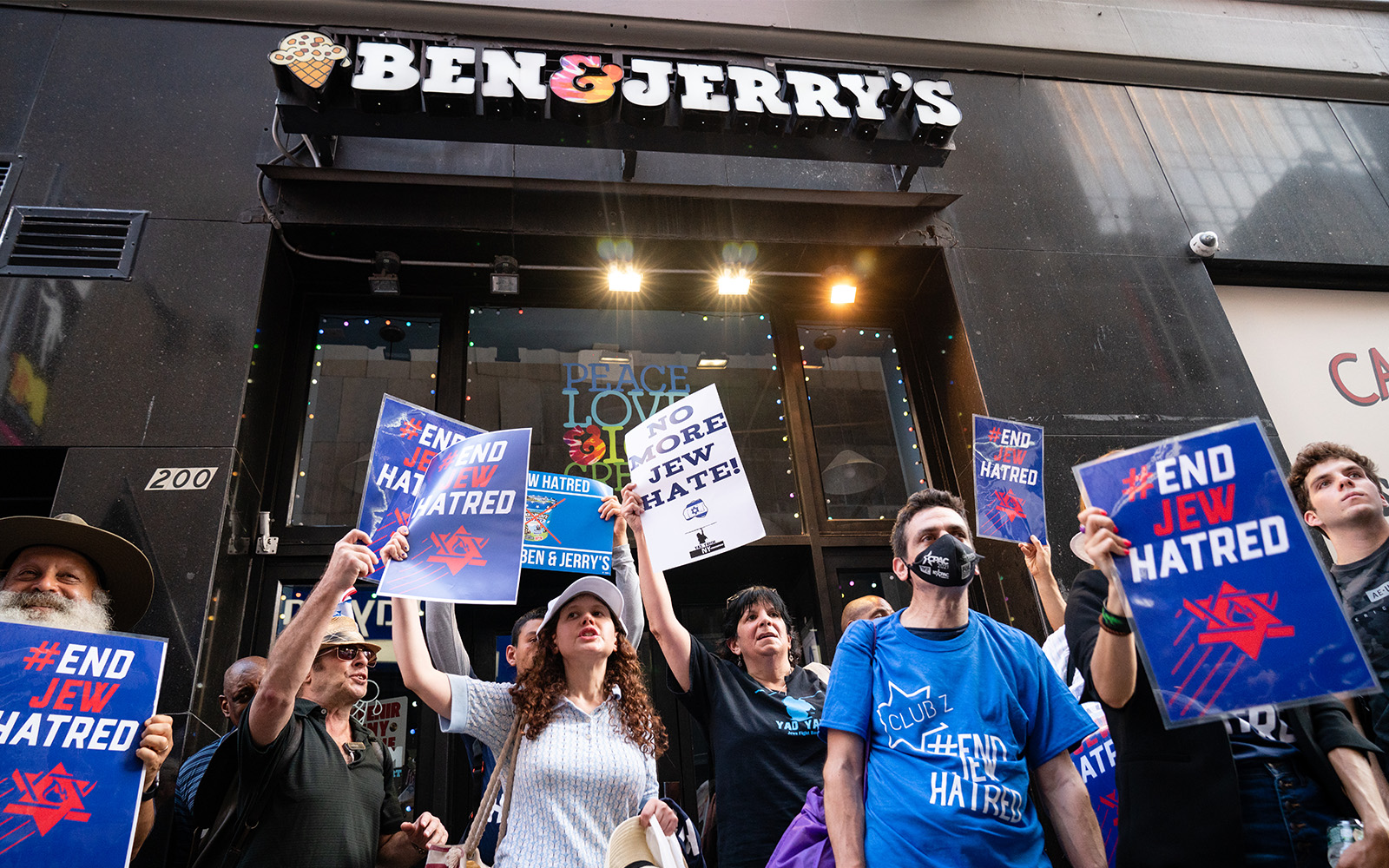 Pro-Israel demonstrators protest against Ben and Jerry’s over its boycott of the West Bank, and against antisemitism, in Manhattan, New York City, on August 12, 2021. (Luke Tress/Flash90)

Zinger’s lawsuit against Unilever had argued that the boycott of the West Bank violates US and Israeli law, and since there is no legal mechanism to continue business while violating those laws, the move amounted to an illegal boycott of the entire Jewish state. He and his company, American Quality Products (AQP), refused to comply.

The lawsuit filed in New Jersey requested that the US federal court deem Unilever’s move illegal, and enable AQP to keep selling Ben & Jerry’s products throughout Israel and the West Bank. It also sought a jury trial and damages. The company also violated several US laws that block anti-Israel boycotts, plus numerous state laws, the lawsuit claimed.

The firm filed the lawsuit in the US District Court of New Jersey, the state where Unilever’s American branch is headquartered. It was also filed against Conopco, Inc., another US branch of Unilever, a UK-based multinational.

The Ben & Jerry’s West Bank boycott has caused a headache for Unilever and heavy repercussions. At least six US states divested a total of hundreds of millions of dollars from Unilever because the move violated anti-boycott laws.

Supporters of the boycott Israel movement say that in urging businesses, artists, and universities to sever ties with Israel, they are using nonviolent means to oppose unjust policies toward Palestinians. Israel says the movement masks its motives to delegitimize and destroy the Jewish state.

Zinger and AQP were represented by attorneys from the Louis D. Brandeis Center for Human Rights Under Law; Greenberg, Dauber, Epstein and Tucker; Lewin and Lewin, LLP; and Zell, Aron & Co.